Explore Kanyakumari Through Its Popular Attractions 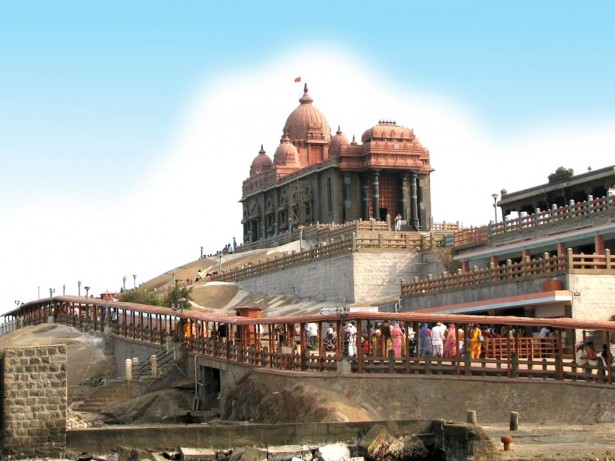 Situated at the southernmost tip of the mainland India, Kanyakumari is one-of-its kind tourist destination in India. This significant city lies at the convergence of the three seas, Indian Ocean, the Bay of Bengal, and Arabian Sea. The city gets its name from the Hindu Goddess Kanyakumari (also called Kumari Amman / Devi Kanya) whose temple is located at the seashore of the town. Kanyakumari is believed to be an incarnation of Shiva’s wife Parvati and thus, it is a popular pilgrim place for devotees who come here to take bathe in the sacred waters.

Because of its unique geographical location, Kanyakumari is known for its outstanding sunrises and sunsets, especially on full moon day. The view is best on the Chitra Pournami (that falls on full moon day in April), when one can see the sun and moon at the same horizon (right face to face). Besides, one can always enjoy the serene beaches and tranquil waters of three seas. Explore easemytrip holiday page to get detailed information and exciting holiday packages of Kanyakumari.

How to Reach Kanyakumari?

Kanyakumari can be reached all three modes of transports, i.e. Air, Rail and Road. The nearest airport (about 87 km away) to Kanyakumari is Trivandrum International Airport (in Kerala state). From airport, it takes about two hours by train or bus or taxi. However, people who would like to travel by rail can de-board at the Kanyakumari Junction and the Nagarcoil Junction. Also, local transport, buses are available from three bus terminus namely, Central and Express Bus Stand, Anna Bus Stand and ChristopherBus Stand. Apart from these modes, one can get many of other travelling options such as, tourist cabs, taxis, auto rickshaws etc.

Some of the most popular tourist attractions of Kanyakumari are:

Dedicated to the Hindu Goddess Devi Kanyakumari, it is a magnificent temple located in Kanyakumari. As per local beliefs, it is said that the deity of Devi Kanyakumari is the protector of India’s shores’. A major highlight of this temple is the stunning and shining diamond on the deity’s nose ring that is supposed to shine out to the sea. The temple overlooks the beach and is visited over thousands of devotees. However, one must note that the entry is restricted to Hindus only.

Situated at a distance of about 500 meters away from mainland, Vivekananda Memorial is one of the most appealing places to visit in Vivekananda. It is built on one of two rocks separated between a distances of about 70 meters. This memorial was established in the year 1970. Besides, it is also believed that the great philosopher Swami Vivekananda had meditated on the rock in quest of enlightenment.

Our Lady of Ransom Church

Located at the shoreline of Bay of Bengal, Our Lady of Ransom Church is over 100 year old church dedicated to Mother Mary. In fact, it is referred to as one of the most stunning churches of India. The church looks truly brilliant against the backdrop of the beaming blue sky.

Along with these, Mathur Hanging Trough / Bridge, Padmanabhapuram Palace, Sitharal Jain Monuments, Kanyakumari Beach, Olakaruvi Falls, Thiruparrapu Falls are some of the other popular attractions of Kanyakumari.