The Smallest Galaxy In The Universe 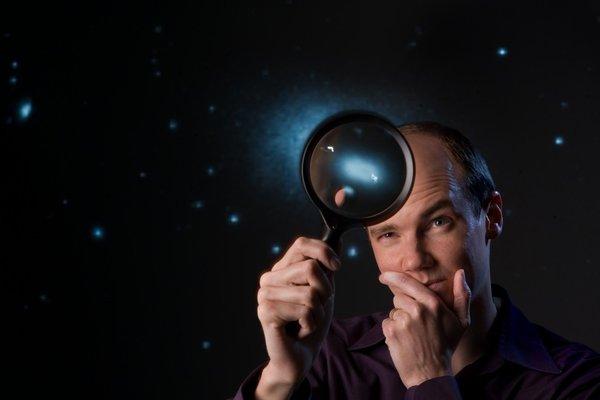 In the Local Group of galaxies, the Milky Way is actually one of the largest. The nearby Andromeda is also located in the same Local Group, along with 20 other smaller galaxies. However, it is announced in 2013 that there’s a tiny group of stars, consisted of only one thousand stars orbiting the Milky Way. If true, this is the smallest galaxy known to human; although there could actually be many other similar stars aggregations that are still not detected by man-made instruments. This micro galaxy is called the Sengue 2 and this has opened a new possibility about our understanding of the universe.

There could be billions of similar tiny galaxies in the universe and Sengue 2 may not be 6 only that’s orbiting the Milky Way. Our Local Group of galaxies is located at the outer portion of the Virgo clusters and its center is about fifty million light years from Earth. Based on models developed after the discovery of Sengue 2, it is possible that small galaxies are swarming like fireflies around large galaxies like Andromeda and Milky Way. It could take decades before we could detect more than a few them, because we may need to develop more advanced space telescopes.

According to calculations, the Sengue 2 is consisted of only 1000 stars and some dark matter. Dark matter is an extremely abundant material and can be considered as something exotic. In any case, dark matter is invisible, because it doesn’t interact with light and common physical particles. It could mean that dark matter is consisted of an unknown non-atomic material. However, dark matter still has gravity and it could interact with common, detectable particles. For astronomers, finding Sengue 2 is like biologists who have discovered a new elephant species that’s smaller than cockroach.

However, due to their small sizes and small gravitational effects, it can be frustrating to find something similar to Sengue 2. However, the prying eyes of astronomers will continue to search for another micro galaxy so they can be certain that the Sengue 2 isn’t just an unusual anomaly. The Sengue 2 is so dim that the Milky Way is approximately 20 billion times brighter, although it is still 900 brighter than our solar system. Astronomers have concluded that the Sengue 2 is a self-sustaining galaxy, not a typical star cluster that’s commonly found inside the Milky Way.

The Sengue 2 is hold together by a mysterious halo that’s consisted of the enigmatic dark matter. Without the invisible glue, it won’t be possible for matter to concentrate and forms a galaxy. Keck Observatory is instrumental in the discovery of the Sengue 2 and it is consisted of integral field spectroscopy, high resolution spectrographs, multi object spectrographs and imagers. Because of its petite size, the Sengue 2 will become a distant laboratory for astronomers who want know how heavier-than-hydrogen elements could converge. It will be also interesting to know whether stars and solar systems in Sengue 2 have similar characteristics to those found in the Milky Way.