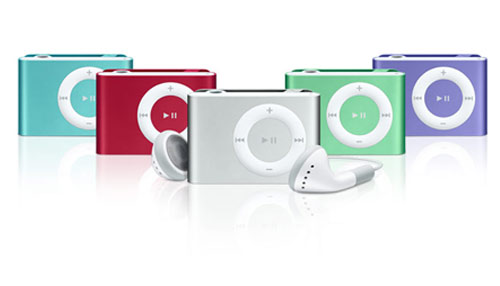 Obviously, desktop computers with their fast hardware, large hard drive and booming external speakers are the most ideal computing device to play music. Laptops and tablets often have inadequate speakers and they could be relatively too large for typical uses. It is also considered less convenient to listen to music for too long in front of the computer. Some people may argue that typical smartphones that are connected with earphone could become decent makeshift MP3 players, but they are still often too large, especially those with larger than 5-inch display.

MP3 players can be much smaller than even the most compact smartphone. Some models could be as small as our thumb. There ar a number of parameters that we need to consider before we purchase a MP3 player. Regardless of their small size, MP3 players could contain enough storage for our music purposes. Many models have at least 8GB of storage, which could potentially give us 8000 minutes of music playing if MP3 files encoded at 128kps provide one minute of music playing for each 1MB. So, an MP3 player with 8GB of storage is enough to offer us one week of uninterrupted music playing.

However, due to their compact size, there’s no possibility to expand the internal memory. Some larger MP3 players may allow us to insert microSD cards, but they could negate the compactness advantage. For this reason, it should be acceptable to choose models with much smaller size, but still with decent storage size. In some cases, MP3 players with external memory slots could become decent portable flash drive, especially if they can be connected to any Windows computers without requiring any kind of installable drivers. If we want have such a capability, then it is still acceptable to choose models with expandable memory cards.

Apple iPod Touch is probably the most popular MP3 player in the market and it evolved from the much smaller models, especially the iPod Nano. iPod Touch could work like an iPhone, except that it doesn’t have cellular support. Other than playing music, we could also install apps and games through WiFi connections. When connected to the Internet, the iPod Touch should be able to perform like an iPhone and the powerful hardware underneath should allow us to run most apps and games in Apple App Market. However, the iPod Touch series lags behind the primary iPhone models in terms of development, so we should consider whether we should buy a new iPod Touch when the new latest models have been released.

The disadvantages? Apple iPhone Touch is bug and they are not nearly as convenient as those thumb-sized models. However, the iPod Touch model should be considered as the peak achievement in the MP3 player industry, because Apple consistently adds new features with new models as well as the rapidly evolving operating system. The iPod Touch is also equipped with at least 16GB of storage, so we could be sure to have many songs stored in it. Another disadvantage of iPod Touch is that it is much too expensive, if we are concerned only in music playing.