The Technology Making This Possible 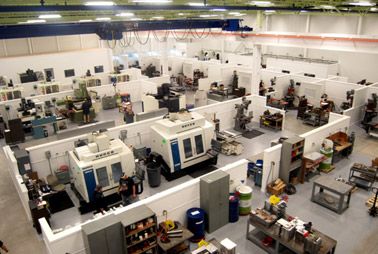 Long gone are the days when a person would have to manually dial a phone number, connect to an operator who would then reroute them to whomever they were trying to reach. Complicated switch boards and physical phone lines were once considered the fastest route for communication, and no one benefitted more from these advances in technology more than the emergency services. With the invention of phone lines, every home in America became a port for contacting help in a time of need. A nationwide number was eventually created to facilitate contact for fire, police, and emergency medical personnel. The first number was 999, established in Britain in 1937, according to Dispatch Magazine.

It wasn’t until 1968 when telephone behemoth and monopoly holder AT&T made 9-1-1 the official number for emergency services, many believe this was due to the country’s existing 6-1-1 and 4-1-1 schemes. The first call ever made to 9-1-1was placed by Rankin Fite, Alabama’s current Speaker of the House from Haleyville City Hall to Tom Bevill, a U.S. representative at the city’s police station. From there, 9-1-1 has a colorful and important history of protecting the nation’s citizens.

From Lines to Satellites

Today, as landlines begin their final death rattle, and phones transition to mobile technology and satellites, the 9-1-1 services lines have had to adapt. Once, it was possible to pin-point the exact location of a 9-1-1 caller should the line be disconnected or express “dead air” (when there’s no caller on the other end of the line, sometimes signaling a dire emergency). As phone lines are no longer limited to a static place, but riding around in pockets on individuals walking, bussing, biking, and flying, the system but rely on new technology.

The technology currently in development is contacting emergency services through a 9-1-1 SMS line. Also known as text messaging, mobile users will, with this new system, be able to text their emergency details, location, and other pertinent information directly to dispatchers who can connect them with the appropriate response team.

According to Matt Hobson, a communications manager in East Baton Rouge, a parish currently making the switch, it’s an especially important tool which benefits the hearing-impaired people who may be unable to talk directly to dispatchers. As of October, 2014, according to the Pew Internet Project, 64% of all adults in the U.S. own a smartphone, meaning that each is a gateway to direct contact with emergency services.

Text Messaging has quickly risen to become one of the most important and widespread forms of communications between people, companies, and other contact points (such as Amber Alerts and Severe Weather Warnings) to keep people informed. According to OpenMarket, SMS experts, companies are even expanding their customer care and support centers to text messaging, allowing customers real time contact from their smartphones without having to ever vocalize or wait in a phone queue.

As technology develops, so too do the basic support structures which keep the country operating. Phone lines will soon be replaced completely by satellite, and likely disappear completely as most grounded public pay phones become relics of a wired past.