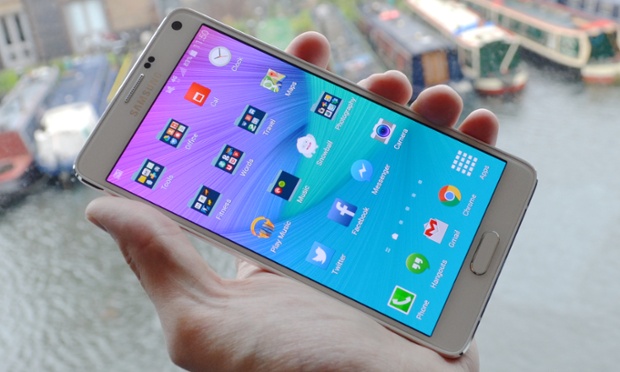 Samsung Galaxy series has passed through many revolutions and it is actually brought the revolution to the Android world. And new revolution is going to strike the world with the name Samsung Galaxy Note 5. As its name suggests it is the fifth generation Galaxy Note device but it is more than that, as Samsung is going to use 4GB RAM for the first time in any smartphone.

Everyone look for a great camera, when they need to choose between many smartphones and since the launch of Samsung Galaxy S6 Edge, it is provide that Samsung’s smartphones are no less in the high-end smartphone photography. Another timesaving feature in the Galaxy S6 Edge is the burst mode by simply holding down the shutter button. This is something that we have seen in other phones, which seems essential today. In situations where we do not know if we will be able to take the right picture, you just have to hold the button and then we will choose the best of all the photos. A flurry of about 30 photos picked the most interesting of all played instead of having to take the picture at the right time. The camera of Samsung Galaxy S6 Edge has already set the example in the Android world, but the same sensor is going to be used in Note 5, which will definitely bring another example of being perfect to the Android world.

Moreover, in the Galaxy S6 Edge the burst mode allows uncomplicated draw the perfect picture of a sequence. The other factor that comes into this category is the shutter speed. This is important especially in low light, where if the sensor is not able to capture enough light keep the shutter open longer, making any moving object is blurred. Outdoors with enough light the Galaxy S6 meets to spare, even freezing the sudden movements or splashing water. In low light it is where things change. By having optical stabilizer, in low light the S6 takes advantage to keep the shutter open longer than normal, because physically the camera does not move to be stabilized. The problem with this is that if you’re doing a photo to an object that is in motion itself, this will be blurred. So, Samsung needs more precise with the moving objects photography, and you can’t expect this to be present in the Samsung Galaxy Note 5. Sometimes this can be an advantage and can create interesting effects like a flower in low light illuminated by a moving carousel background; it all depends on our imagination. Other times, it can be frustrating.

Clearly, the S6 is one of the fastest in taking pictures phones; and its focus speed is also quite impressive. However, I’ve had situations where when I make a picture out of focus has quickly. I’m not sure if it’s a failure of the autofocus system per phase, if for not giving enough time to the camera to focus or if it’s a bug on time, but after a couple of blurry pictures began to tap the screen to focus before making the pictures to make sure that not happened again. Hope, it won’t be repeated in the Samsung Note 5.