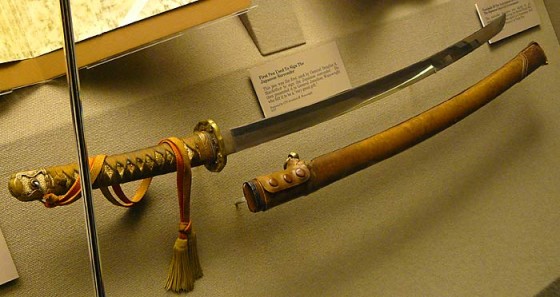 Basically, the Japanese Samurai Warriors were the members of the leading social hierarchy in Japan. This class sustained for nearly hundreds of years up to the 19th century.

The Samurai sword is considered to be one of the most sacred treasures of Japan. In the early 3 B.C., this sword was used as offerings to the Gods. It is said that it possessed the three holy elements that includes rarity, purity, and value. This Samurai sword later became the precious symbol of the code of warrior or Samurai code.

Things you need to know about Samurai swords

These swords were made from pounding heated steel into the form of a sword, by the talented and skilled artisans. It brought great honor and homage to the warriors that carried them. The price of such artifacts was never measured with lands or coins at that time.

The exceptional quality of these swords has made them greatly admired and prized. The technical skill and the care that went in the creation of these swords made the ultimate product the most cherished work of art and a remarkable weapon of war.

Samurai swords are generally classified by the types of the mountings or by length. Take a look at their classifications.

The Japanese people used the word “Shaku” to measure the length of cutting edges of samurai swords. 1 shaku was almost equal to 11.903542 inches! You can get these Japanese samurai swords for sale at amazing prices.

Now, the first are the Long sword that was 2 shaku in length. It is called a Daito. The samurai usually wear two of the longer swords. It is generally hard to handle a daito due to its length and yet the warriors managed to do so.

The medium sword that is also called Wakizashi is 1-2 shaku in length. They are worn by the samurais as the auxiliary sword. They are even worn by non-samurai that were allowed to wear maximum one sword, of the same length like this blade.

The third type of sword is Short sword. It has length less than 1 shaku. They are also worn by the samurais as the auxiliary swords. These protective weapons were even used by tradesmen and women. They are normally called as hara-kiri knives. Now, let us look at their classifications by mountings.

The Ken mountings sword was indeed the oldest kind for swords of ancient sword period. They are straight and are single or double-edged blades.

The long swords of the old sword period were 4-5 feet in length. There were basically two rings on scabbard since the swords worn suspended from hip by chords. Many imitations of these kinds of mountings were copied in past hundred years in many areas of Japan.

The other types of mountings are Buke-zukuri mountings, Shira-saya mountings, Gunto and their mountings, and Shikomi-zue mountings. There are generally two major parts of the sword. They are the mountings and the blade.

In the samurai family, the swords were very much revered. They were passed from one generation to the next, from father to the son. If the scabbard or the hilt broke or wore out, new ones would be styled for all-important blade.