Give Up Smoking For Good With Social Media 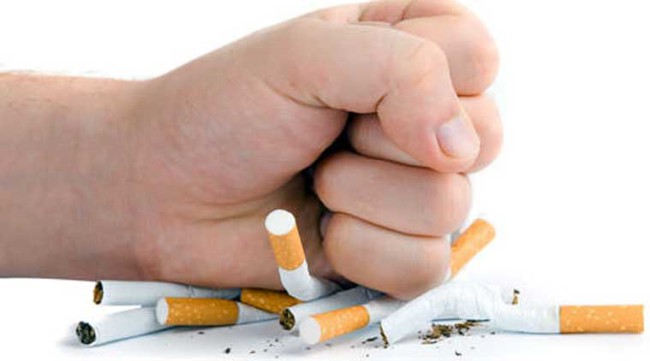 Both in its smoking and smokeless forms, tobacco poses huge public health challenges to nations. According to World Health Organization (WHO) estimates, every year tobacco kills more than five million people globally. In addition, more than six million non-smokers are killed every year as a result of their exposure to second hand smoke – the mixture of side stream smoke coming from the burning end of a cigarette and mainstream smoke exhaled by a smoker. Hundreds and thousands of anti-tobacco campaigns failed to eradicate this deadly menace from the face of the earth. Nations are busy finding a viable answer to the question ‘how to stop smoking’. Against this backdrop, social media has emerged as a silver lining in the cloud, and worldwide both the government as well as non-governmental organizations is keen on leveraging its strong potentials.

Social media has remained one of the most impactful inspirational platforms of our age. From helping brand creation and spreading ideologies to sparking off revolutions, social media has become a dominating force that you can no longer ignore. Why not put this powerful medium to good use – this was probably what has prompted social activists’ to take their battles against tobacco online. Today, the social content-sharing sites such as Facebook, Twitter, YouTube, Pinterest and Instagram are the modern battlefields to fight the anti-tobacco war.

Following are the two primary factors that explain social media’s efficiency in helping smokers leave the butts behind forever:

With 91 percent youth using Facebook and one-third actively engaged in microblogging site, Twitter, social media influence lives and minds of the youth in the most dramatic way. They attach a lot more importance to these channels than to any other form of ‘preaching’. As such, youth is a crucial target audience for anti-tobacco campaigns.  In fact, new research from the University of Waterloo revealed that social media-based anti-smoking efforts are likely to be twice more successful than traditional methods. Youngsters aged between 19 and 29 have the highest rate of smoking, but have lower access to traditional cessation services, such as tele-counseling, print or television ads. Thanks to social media’s ubiquitous presence in the lives of today’s youth, they can better relate to these online channels. As such, it becomes easier for campaigners to send across anti-tobacco messages to youth via social channels than through traditional methods.

Giving up cigarettes is a very intricate process, and emotional support from loved ones can go a long way to strengthen the determination to quit. Facebook friends may play that all-important role of being the support system. According to researchers from the University of Georgia, the influence of social media sites increases an individual’s likelihood of kicking the butts for good. The larger platforms like Facebook and Twitter can turn any anti-smoking campaign into an online event, and virtual friends may lead smokers toward a smoke-free life, either through boosting their morale or through plain shaming. The greatest advantage of social media-based anti-smoking program is that support may come from several unexpected sources, empowering smokers to stick to their resolve. According to psychologists, online cessation programs work better as smokers are subject to greater shame due to highly visibility of online publicity and picture-sharing. In other words, social media based anti-tobacco programs take peer pressure to a remarkable height where a person is left with only two options – quit smoking or face public shame.

In addition to offering higher success rates, social media campaigns reportedly recorded a longer period of abstinence. The support of online buddies helps smokers fight their cravings with relative ease. Given this array of benefits, it comes as little surprise that social media is the undisputed choice of campaigners when it comes to answering the question ‘how to stop smoking’.  Is social media going to soon replace ‘offline’ cessation methods like group meetings and therapy? The trend suggests its strong likelihood.