Top 5 Smart Drugs Of All Times 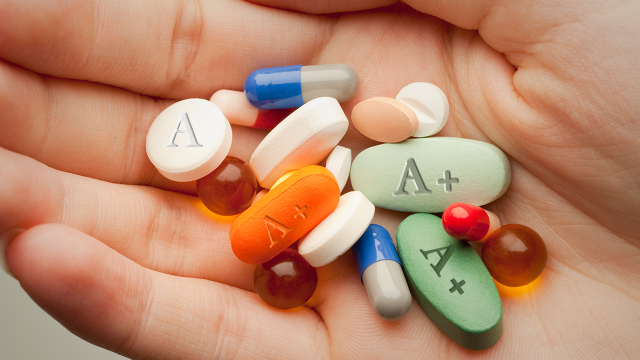 Have you ever thought about the intelligence enhancing drugs? Well, lots of people do and they certainly need that to get more and more intelligent and get a sharp memory. Scientists also do focus on this need and hence develop certain drugs which are known as smart drugs today.

Generally, smart drugs are the ones that make you even smarter. Smart drugs are also known by the name nootropics and cognitive enhancers and they work in such a way to provide you with an increased memory, a sharp mind and increased cognitive abilities.

There are a lot of smart drugs which have been developed till now. But only a few of them can make to the top which provide you with all the abilities that you need. But obviously a new person can easily get confused from which drug to start with, so I am going to list the top 5 of them.

Top 5 Smart Drugs of All Times:

Adrafinil was discovered in the 1980s while working on a research to develop a drug for the patients of narcolepsy. It is generally a pro-drug to Modafinil which means that it is converted into Modafinil by the liver. The major benefits of this smart drug includes the activeness and clear thoughts along with wakefulness and increased motivation.

Modafinil is usually the most desirable smart drug one has to take for brain booster. It acts as an energy enhancer and results in improved productivity. Adrafinil was transformed into Modafinil by the liver but once the scientists were able to develop Modafinil themselves, they did not need Adrafinil anymore. It is used for the treatment of insomnia, sleep apnea, etc. It is also used to provide alertness and increased cognitive abilities.

A popular derivative of the Racetam, Piracetam was developed in 1960s and today it act as the cognitive enhancers providing improved learning, focus and memory. It functions by improving the working of acetylcholine neurotransmitter and consolidate memory formation.

It is generally an antecedent molecule for acetylcholine neurotransmitter and boost memory formation and muscle control. Using choline can improve our learning capabilities and memory capacity.

Noopept is by far the best smart drug developed till now. It is generally a dipeptide which is usually combined with racetams for increased action. It is 1000 times more potent than Piracetam and enhance focus, memory, learning and thinking abilities. It is also possessed with neuroprotective qualities as well.