5 Signs You Have Opened A Phishing Mail 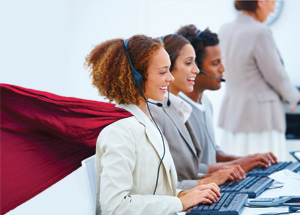 Hackers are becoming more intelligent about how they contact and con innocent people out of money. As well as junk mail through your letterbox and phone calls, one of the most popular ways to hoax somebody is through a phishing email.

Phishing emails are more sophisticated than when we first started seeing them. It isn’t always so easy to spot one anymore. Here are 10 signs you might have opened one, and what you should do about it:

You are most likely to receive emails from people or companies that you know. So, if you’ve recently received a new boiler, you might expect British Gas to contact you if you gave them your email address when you paid.

Some hackers are able to get information about customers from a company illegally, using the stolen data to email customers who would have no reason to doubt the validity of the email. This happened with many major companies, many of whom have responding by establishing fraud hotlines for those affected by false emails under the guise of the well-known company. The hackers contacted Wonga’s customers claiming to have a great deal on a payday loan, which required an upfront payment. Eager-eyed recipients may have noticed problems with the sender email address, though. It could be incorrectly spelt (hlepdesk rather than helpdesk, as an example). Email addresses might also have another domain such as ‘secure.com’ – which the company wouldn’t own.

Many companies would address you personally. Be suspicious of those saying ‘Dear Valued Customer.’

Most reputable companies will proof read their emails before they are sent out. If the text in the email contains incorrect looking sentences and spelling, be suspicious. You might want to contact the company directly to find out whether they actually sent this or not. (If so, tell them to sort out their English spelling and grammar!)

Many phishing emails want one thing – your money. The email is therefore likely to ask for a ‘small payment’ in exchange for ‘a larger payout’ which you obviously do not receive. Some phishing emails may also try and play on your emotions or reference God or another deity, which you should be very suspicious of. Most reliable companies would never do such a thing. Remember, if it looks too good to be true, it probably is.

For more signs that you have opened a phishing email, look at this handy article.

So, you’ve opened a phishing email, what to do now? Firstly, don’t open any attachments (they could contain viruses). Add the sender to your ‘do not trust’ list, and block them. You may also consider contacting the company the phishing email is attempting to identify as so that they are aware of the potential threat and can deal with it properly.