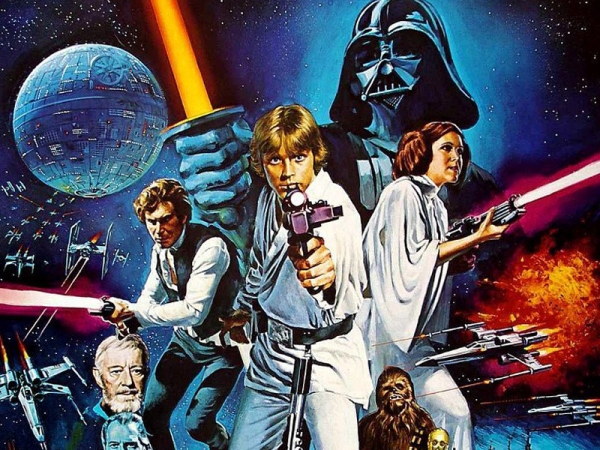 When Nineteen Eighty-Four came out in 1949, nobody thought that the things George Orwell wrote about would actually become reality in the future. The world was a different place back then and some of the things he predicted were simply unimaginable. Yet, it seems that the world we live in today consists of nothing but the figments of Orwell’s imagination, from doublethink and thoughtcrime to telescreen and Big Brother. Therefore, it is safe to assume that popular culture does inspire modern technology, whether we like it or not. When it comes to positive examples, we can focus on modern forms of transportation inspired by classical movies.

This is a classic SF franchise that includes both TV series and movies and has been present in our lives since the 1960s. During this period, it has shown us how people can live and react in other centuries and on other planets. Moreover, it is a wonderful showcase of various species and characters that we could not have even imagined. That is why Star Trek is both entertaining and educational, so its cult phenomenon and legions of fans do not surprise.

Another thing that Star Trek has inspired are automatic sliding doors that open whenever characters enter or leave the room. This idea looked too-SF decades ago, but is now a reality. You can make a pneumatic version on your own or rely on the expertise of Japanese scientists who created a fully-functioning automatic door that senses your movement and opens in the right time.

Back to the Future and Segway

Being one of the most loved trilogies in the SF world, Back to the Future has brought us not only the crazy concept of time travelling, but also a few pieces of gadgetry we thought would never exist in real life. For example, when the first installment of the franchise appeared in 1985, skateboarding was not that popular, which is why many think that the scenes of Michael J. Fox skateboarding inspired a great number of skateboarding enthusiasts and made this sub-culture important.

The Segway, a self-balancing vehicle running on electricity, was probably inspired by the hover boards – skateboards with no wheels – that were a huge part of the Back to the Future franchise. Today, everyone can move around on a Segway board that will make you feel like Marty McFly in no time!

Directed by Stanley Kubrick and inspired by the work of Arthur C. Clarke, 2001: A Space Odyssey is one of the finest and most influential movies ever made. Its impact on the cinema, the media and the technology is quite immeasurable, which is even more amazing knowing that it was released in 1968! It is clear that the IT world has travelled a long way since then, accomplishing many things including a few devices directly inspired by this movie.

One of these is used by billions of people every day – Skype. Kubrick’s movie features videophones that allow direct video communication between people who are physically apart. Transferred into today’s situation, this is exactly what Skype does. Furthermore, the devices used in the movie is not all that different from computers, smartphones and similar gadgets. There are other similarities between modern technology and the one featured in 2001: A Space Odyssey, but Skype seems to be the most prominent one.

Some of the other popular devices we see nowadays are also inspired by movies – digital billboards and biological robots were a part of Blade Runner, retina scanners and fingerprint scans were featured in The 6th Day, while androids were portrayed in Metropolis and popularized by Star Wars.