What Is Causing The Growing Divide Between North and South On The Rugby Field? 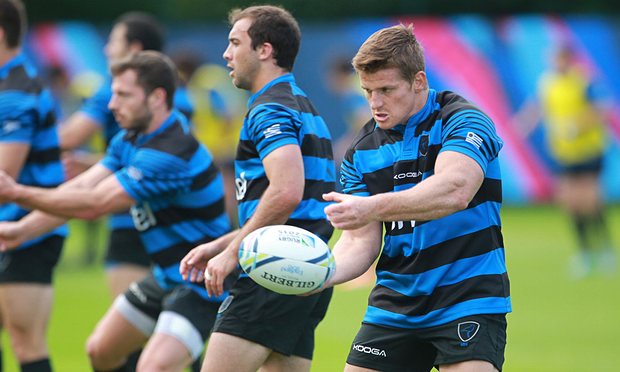 As players hang up their rugby boots after another Six Nations championship, the debate rolls on about southern-hemisphere superiority. There was no northern-hemisphere team in the 2015 World Cup final four at all.

There were some gruelling encounters in this year’s Six Nations tournament, and some moments of fantastic individual skill, yet still the comments come about home-nation success being due to southern-hemisphere coaches.

Eddie Jones is the newest example, taking over the reins of the English team following Stuart Lancaster’s post-World Cup resignation, and he’ll be generally happy with how the tournament went.

Perhaps it starts with attitude: many a post-match interview after a 6N game will claim that “a win is a win”, but you cannot imagine hearing that from an All Black or a Springbok. They will not be content with a win unless they are also happy with the manner in which it came about. Many would suggest that we shouldn’t be trying to copy the All Blacks, or any other team, but with the current New Zealand national side being touted as the best ever, who wouldn’t want to emulate them?

Do the Europeans simply care too much about the history and not enough about the 80 minutes of rugby in front of them? No one would argue that the South Africans don’t make it a very social occasion, but perhaps in the UK more importance is put on the opposition being the auld enemy, rather than the form they’re in and the tackles they’re putting in.

Perhaps the divide will stay until fundamental changes are made north of the equator, and it might just be a southern-hemisphere coach that gets that moving. Alternatively, it might be more down to the hectic schedule of cup, league and international games in the UK all being jumbled in together rather than simply the Big Three from the south playing more expansive rugby.

On the other hand, perhaps the divide is not really north vs south, and some of the southern-hemisphere success has just been luck or coincidence. Perhaps the divide is in fact the Tasman Sea, and it is New Zealand’s All Blacks vs the rest of the world, as they are leagues ahead with imaginative and expansive play and spectacular skill on display.

The Six Nations is over for another year, the World Cup is three years away, and it would seem that the timing is perfect for Eddie Jones to build on the successes he has had with his first few games in charge of the English squad. He’ll have a few months to work on the individuals and mould them into the team he wants before they put on their rugby boots and head into the autumn internationals.

There is some ground to make up for all the test teams to get anywhere close to the skills, speed and ambition of the All Blacks. Their collective rugby intelligence will take some tackling.