A Short Guide on Arthritis! 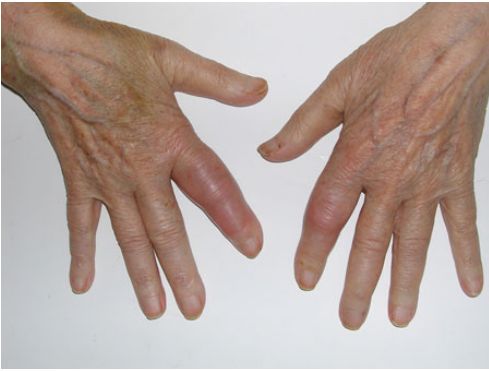 Today, many ailments are there which can affect severely to the health. One of them is ‘arthritis’. This ailment is very painful and common condition that creates a huge problem for many people nowadays. Though it is very common, however, it is not properly understood by many.

In fact ‘arthritis’ refers to joint disease or joint pain and is not a single disease. There are nearly more than a hundred types arthritis.In adults, more than 50 million people suffer from it,and there are children also who have some kind of arthritis. It occurs more among women and also as one gets older. Some of the common symptoms of arthritis in joints are stiffness, swelling, decreased amount of movement and pain. The symptoms may fluctuate and could be severe, moderate or even mild. It could remain for many years, however, over time, it could go worse and may progress. Difficulty in climbing stairs or walk, chronic pain, and inability to do any daily activity could result in severe arthritis. Some kind of arthritis can also disturb kidneys, heart, skin, eyes and lungs as well as joints.

If your immune system is unhealthy,it can lead to uncontrolled and unstable inflammation, which attacks the joints, eyes and also other parts of the body. Examples of inflammatory arthritis are Psoriatic arthritis and Rheumatoid arthritis. Environmental factors and a combination of genetics can cause an autoimmunity. For instance, smoking is a type of an environmental factor that could cause rheumatoid arthritis.

Rubbing of bone against each other due to loss of the slick causes pain, stiffness and swelling and is called degenerative arthritis. It is also called as osteoarthritis, which is the most common arthritis.

A substance called purines is found in foods and also in human cells. As the body breaks down uric acid is formed. Some people’s body naturally produces high levelof uric acid which is more than what is needed by the body. In a few people the uric acid grows in the form of needle like structure or crystals in the joints which results in the cause of sudden pokes and severe joint pain. Irregular episodes of gout can be caused if the uric acid in the body is not controlled. It can lead to disability and ongoing pain.

This is a fungus, bacteria or a virus which can enter the joints and cause inflammation.

There are many doctors that diagnose and understand what type of arthritis you are affected by. Though it is not curable, there are many pain relief for arthritis medication that will be prescribed by the doctor. Glucosamine is the most common and active ingredient in many medications that are suggested by the doctors. Many a times it is mixed or combined with vitamin A, vitamin D, vitamin C and omega 3. It is also said that it could be consumed in a liquid form and is claimed by people that it benefits with the relief for arthritis pain.

Proper diet and exercise with proper rest must be carried out for a healthy lifestyle. This will also help in decreasing the pain that is caused by different types of arthritis. Appropriate information is crucial in order to understand the need for the treatment.