Superheroes and Their Parental Figures 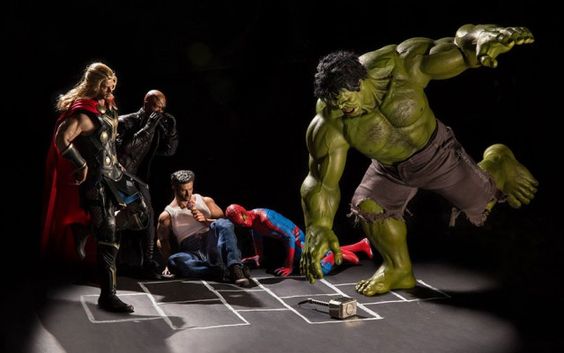 Superheroes have been well represented in comic, animations and films. Except for the outgoing Stark and his Iron Man battle suit; many superheroes have alternate identities. Clark Kent, Peter Parker and Bruce Wayne can be safely considered as “odd-balls”. All of them are orphans and don’t others to know their alternate identities. However, there still have parental figures, such as Alfred for Bruce Wayne, the Kent couple for Clark Kent; and Uncle Ben and Aunt May for Peter Parker. These parental figures have prominent roles in shaping the three superhero characters. However, Clark Kent (Kal El) still obtains guidance from his father, Jor El, although not in his real physical form. Jor El still offers hints and guidance for Kal El, as the latter fight and struggle among human being on Earth. The Kents and Jor El, provide Clark with the important knowledge, while being constantly reminded not violate specific rules. Clark can be considered lucky to have the Kent’s that work as real, functional parents.

Clark Kent has a solid foundation from the Kent’s to make the right decisions in a difficult situation, even it means that he needs to make huge sacrifices. Things are much darker for Bruce Wayne. Without emotional resilience, he would become a person with serious mental issues. He watched the murders of his parents as a child and both can’t be replaced. Fortunately, his loyal butler, Alfred, takes the roles as advice giver and instructor. Despite the difference in social standing, the impact of Alfred’s guidance is more than subtle. Regardless, we could still see the impact of the traumatic situation. The dark cloud constantly hangs above Bruce Wayne and we continue to see the noir representations of his movies. Bruce Wayne continues to be affected by the tragedy and we see him put a couple of flowers at the site of the murder. So, after the death of Wayne’s parents; both still have strong importance in the story line.

In direct contrast with Wayne and Clark, Parker’s parents are never mentioned clearly in the film, except in some of the newer Spiderman films. Parker’s primary parental figures are Uncle Ben and Aunt May. Unfortunately, both Jonathan Kent and Uncle Ben passed away early; leaving both superheroes with only maternal figures. The relationships between maternal figures and these superheroes continue for years. They become the persons that Clark and Parker turn to when they struggle against problems that they face in real lives. They provide honest and loving guidance to these superheroes. They establish a small family where both superheroes feel safe when they are in their original identity. Things become less complicated for both Clark and Parker. Things will be much more difficult for them if they don’t have the necessary guidance to perform things that they should do. As a result they become better person, individuals that many people admire deeply.