Is The Use Of Marijuana Good For Your Health 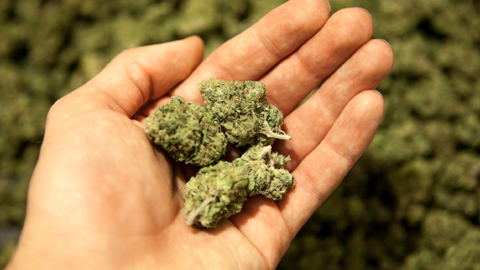 According to www.growlegally.ca young people are confronted with numerous challenges and situations in which they have many different choices, and need to make a decision about what to do, what society to choose, where to go out, how to spend their time, etc.

Marijuana is a very accessible drug and can be obtained anywhere. Young people are offered with it on the street, in the disco, around the school, sometimes, even in school. A large number of young people will find themselves in the situation to make the decision: to reject or not to reject the offered marijuana. When people generally make decisions in their lives, they use some information, knowledge, and attitudes they already have about the situation.

Where do young people get information on how drugs work?

Many young people believe that marijuana is not harmful. The information that are offered are different and confusing. On the one hand, parents tell their children that marijuana is dangerous. On the other hand, there is a belief that “everyone is taking it” because it is “cool” and there are doctors who recommend it as a medicine that treats all illnesses. On the internet, you can find different things, there are different statements, some advise taking it, some say that it is just a business, and many scientists are competing to each other instead of answering questions.

And so when we put all of this together, unfortunately; the amount, type of information and the way information is transmitted contribute to the positive or neutral attitude of a significant part of the young people. There is a likelihood that the offered drug will not be rejected.

Myth: Marijuana legalization will not increase its use

The first myth or misconception about marijuana is “The legalization of marijuana will not increase its use.” The truth is exactly the opposite. Legalization in all cases leads to increased drug use, because most people are still trying to do what is allowed. An example is the ban on alcohol in history. It is true that alcohol-related crime was great at that time, but the number of alcohol addicts, including alcohol-related social issues, was incomparably lower than today, and liver cirrhosis was a real rarity. Likewise, the number of cigarette smokers dropped significantly only when smoking was prohibited in public places, although punishment was not so drastic.

The Netherlands are the best example that we can all take a look at. Let’s see what happened there after the opening of “coffee shops” where marijuana was freely consumed. In the period from 1984 to 1996, the use of marijuana among people aged 18 to 25 increased by more than 200%, and the number of persons (registered as cannabis addicts) due to the consumption of marijuana, increased by 25%.

At the same time, the number of alcohol addicts increased only by 3%. What is atypical here in relation to taking drugs in countries where there was no legalization is an increase in the number of users at an earlier age. Drugs are commonly started to be taken at an early age due to curiosity and desire to experiment. They are often taken by more immature persons, people with mental problems, or prone to risky behavior. Taking other addictive drugs (e.g. alcohol) is also high. Here we have to emphasize that in the Netherlands, marijuana consumption is allowed only in “coffee shops”, while consumption in other places is sanctioned.