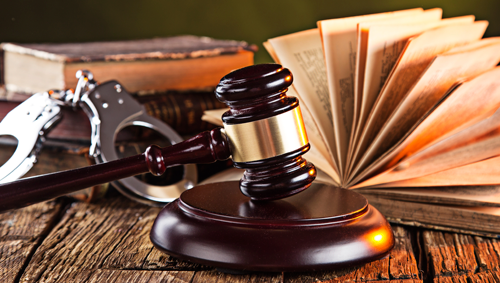 Criminal Justice In America: Is It Time For Change?

Much like the separation of powers created by the Constitution among our three branches of government, our current criminal justice system consists of three separate branches, law enforcement, the court system and corrections. This is designed to prohibit any one branch from having too much power over the other two. When offenders are processed through the system they are first entered into the system by law enforcement, then they are judged by the courts and if necessary they are then sentenced and enter into the corrections system (Criminal-Justice-Careers.com, 2009). Each of the three branches has a specific role in the pursuit of criminal justice though all three work together to form one complete system. The three branches work together to maintain accountability to each other as well as to the public.

The role of law enforcement officers (LEO) is to ultimately protect the citizens in the community they serve and uphold the laws of that community (SafeRoutesInfo.org, n.d.). When a person chooses to break a law in their community then they could be arrested by a LEO whether they be from a local, state or federal agency (Criminal-Justice-Careers.com, 2009). The LEO informs the offender of their Miranda rights, fingerprints the offender, photographs and questions them (American Bar Association, n.d.a).

Before an offender is arrested a judge or magistrate must authorize an arrest warrant (American Bar Association, n.d.a). Once an offender is arrested and the law enforcement agency feels they have a strong case against the offender then they will take the case to trial. During this trial the offender may be judged by a jury of his/her peers or may have the law interpreted by a judge and a judge will ensure that attorneys for both sides follow the laws of our criminal justice system (Criminal-Justice-Careers.com, 2009). During the trial the offender has the chance to defend themselves against the charges and attempt to prove their innocence. The courts are designed to be an impartial system and not to be swayed by current political views, personal hunches, or any other type of bias that could inhibit the application of current laws to any case (American Bar Association, n.d.b). The court system is further divided into two separate systems, federal and state, and then again divided into different levels such as appellate, supreme, and trail courts with trial courts being the first court a case is tried in (American Bar Association, n.d.b).

Merging all three branches of the criminal justice system together could improve efficiency if the right processes and procedures were also implemented. In the beginning the costs of the merge may be substantial however in the long run it could decrease overall costs. If criminals were completely managed from arrest through the completion of their sentence by one agency there would be less potential for offenders to slip through any cracks. There would also be an increased potential for abuse of power. If the same agency was responsible for arrests and issuing warrants there would be too much potential to violate citizens’ rights. There would also be increased potential to keep offenders in jail longer than they deserve because it would be easier to manipulate papers and documents and get a sentence extended. Many citizens already have difficulty trusting police officers because they feel that there is too much secrecy and that they have too much power to abuse or manipulate the laws they should be upholding (The Trauma Foundation, n.d.). If the courts and the corrections branch were also managed by the law enforcement agencies there would be even less public trust.

Developing and maintaining public trust in our criminal justice system is essential. By keeping the three branches of the criminal justice system separate, it helps to maintain a system of checks and balances between them. While there may never be complete trust in the criminal justice system, having the branches remain separate does help keep the public trust level higher. The police are held accountable by the court system which limits their ability to abuse their power. The court system helps ensure that the corrections system does not abuse its powers as well by setting limits on the length of punishment of offenders. While somewhat inefficient, separation of the branches is much more effective overall.