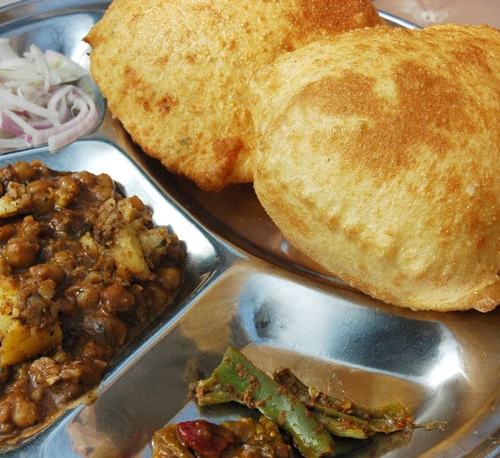 What Are The Most Popular Dishes Of India?

India is a country of a thousand colors, but also with a thousand flavors. In each region where you will discover the typical different dishes which always delightfully scented. Your taste buds will continually be solicited and awake for the greatest pleasure of your hosts.

Without beef or pork for religious reasons, the Indian dishes will nevertheless make you discover all kinds of spices and flavors. Cultural expatriation as culinary and immersion in the traditional India, the Indian kitchen will remain for you as for all a wonderful souvenir of your trip.

If you already know the basics of food in India, discover as soon when the typical dishes that you can find at your arrival, depending on the regions and but also of cities.

In the North India

Originating in the Punjab, the Chole Bhature consists of spiced chickpeas (Chole) accompanied by a fried bread (bhatura) recognizable by its form inflated. It is a dish that is eaten mainly at breakfast, but which can also serve as a lunch. Very widespread in India in the North, this unavoidable is to put on your list of dishes to taste. All the more that the spices are not too identified.

Generally served with rice, and always accompanied by Naan, the butter chicken is, as its name indicates, a chicken marinated in a sauce to butter and curry, rather creamy. Very popular in Delhi, it can quickly become your favorite dinner in the company of garlic Naan (naan in garlic). 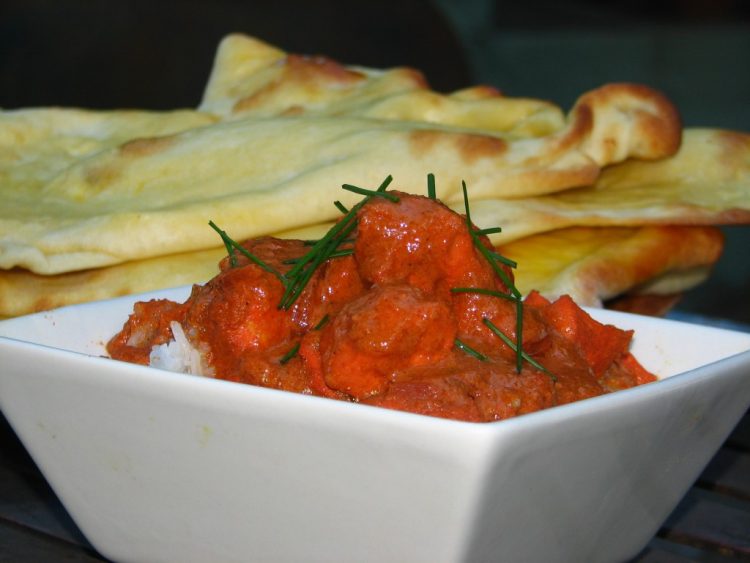 Typical dish of the India but yet originating in Tibet, the Thukpa is a noodle soup to vegetables. It is very widespread in several countries such as Tibet, Nepal, Bhutan and finally the north of India. Also called the “Noodle Soup of the Himalayas”, it can be eaten at breakfast but can also be appreciated at lunch. It is served accompanied by meat, usually the chicken. 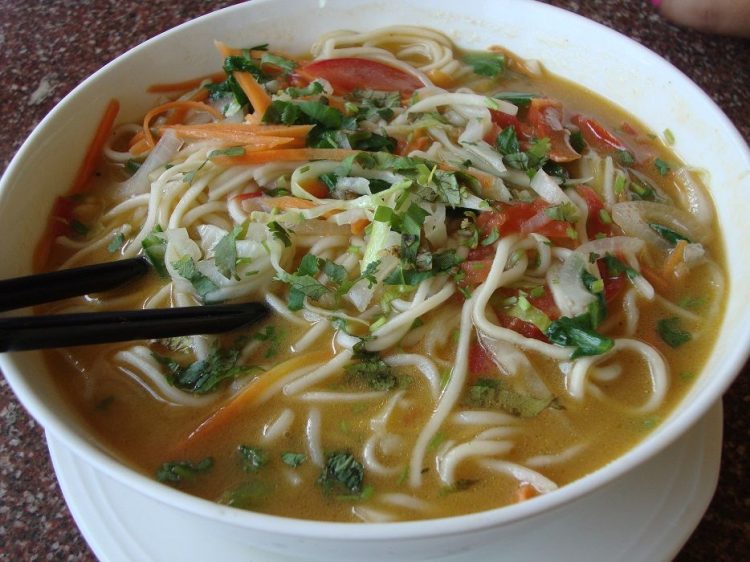 The Rajma Chawal is a curry come from the Punjab, in which pickle red beans. It is a dish that you eat accompanied of basmati rice nature, mainly at noon but also to dinner. It may be more or less spicy in function of the amount of the pepper that you turn or ask. 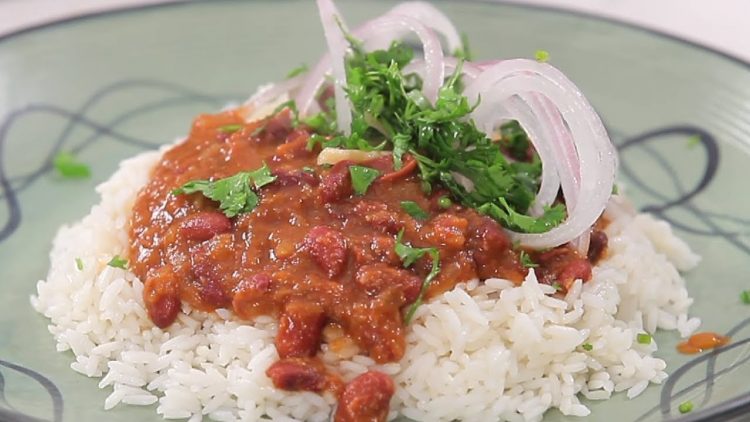 Full meal to him alone, the Rajasthani Thali that serves on a giant plateau brings together all the necessary to satiate, of the entry to the dessert in passing by the main dish. It is the typical dish of Rajasthan, offering a panel of colors and flavors, which only the greedier will empty, their base. If you want to taste the special Rajasthan Thali and other delicious cuisines of Rajasthan then you can book Maharaja Express Luxury Train and have the signature taste onboard. 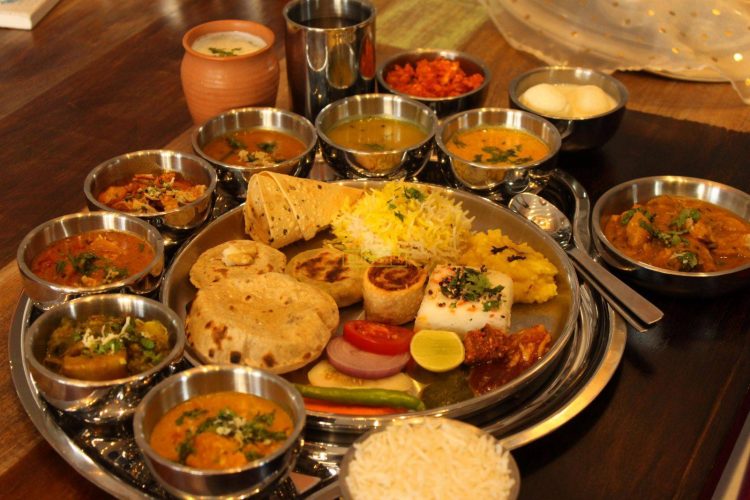 In the South India

Traditionally savored at breakfast, the Dosa is a kind of crepe of South India, conducted from flour and beans URD. It is qualified of Masala Dosa when it is made with a mixture of spices. To accompany the dosa, one prepares the Sambhar, a mixture of curry, vegetables and lentils. A good way to start the day with the full of energy. 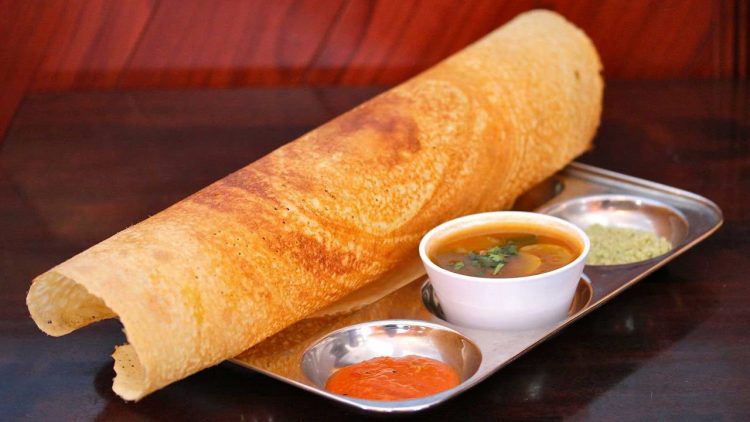 This tasty dish is a kind of Biryani, spicy rice prepared with meat, fish or vegetables (for vegetarians). It is originating in Hyderabad, where it takes its name, which is the capital of the State of Telangana. It prepares traditionally with goat meat that can replace by chicken or even of the sheep. 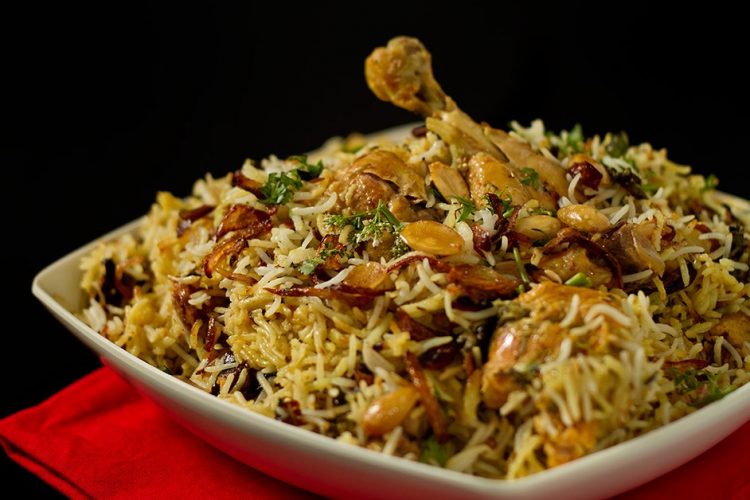 The idlis are rice cakes salted that is eaten during breakfast or still in the snack in the whole of India in the South. In the form of “block” of rice, it accompanies a sauce, either sambhar, or well the chutney coconut.

The vadas also are salted cakes tasted at breakfast as in taste, but concocted to base of lentils and peppers. According to the tastes and to vary the flavors, it the quenching in a sauce sambhar or chutney. 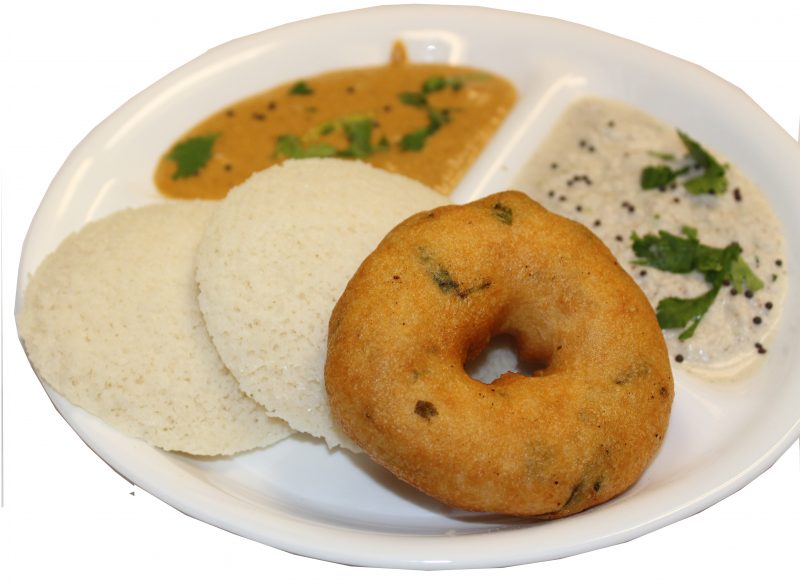 The Goan Fish Curry is a typical dish of Goa which consists of a fish marinated in lemon and cooked in a sauce masala. Enjoyed at lunch and dinner, it can also be cooled with coconut milk after his cooking. A must dish to taste if you are visiting Goa.

This dish very spicy is widely appreciated in Mumbai and in the entire State of Maharashtra in general. The vegetables are mixed together and then cooked in a curry, and are served accompanied by a small bread fluffy (PAV). It is a “snack” that can very well enjoy at the time of the taste. 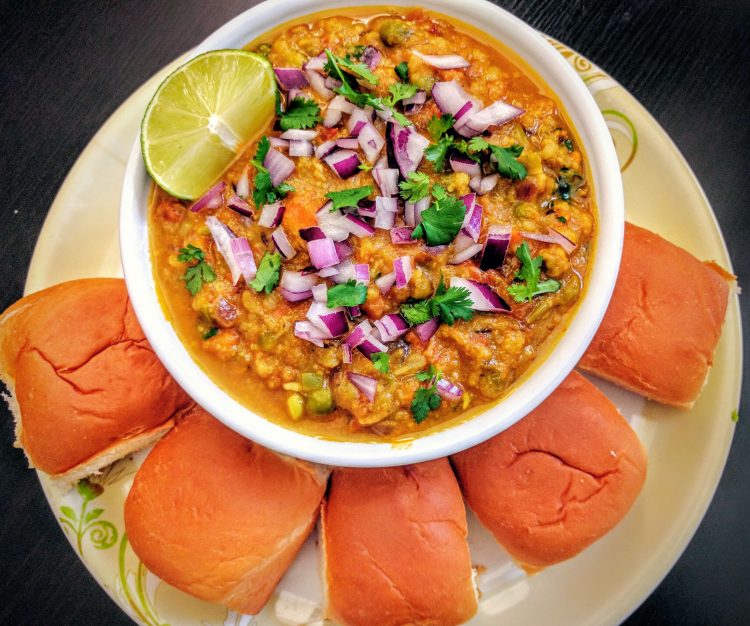 This list is obviously not exhaustive. As well, you will be able to discover many traditional dishes Indians throughout your stay, either in Rajasthan or elsewhere in India, any whilst marveling at the uniqueness of landscapes that you will encounter.