Ways to Promote and Not Promote Content on Social Websites

You see, most of the new Internet Marketers out there are unable to think beyond pasting links on different parts of social media and shouting “PLEASE BUY OUR PRODUCT”, today we are going to concentrate our efforts in finding good ways to promote our products online.

The Internet Marketing business is the fastest growing one as the people use the Internet as their main source of information and their main place to communicate with the others. Seeing this, marketers saw the opportunity of promoting their products for much cheaper and reach more people.

But we already have thousands of freelance and hired marketers that are already occupying the most of the positions, so what are we gonna do? We are going to gain an advantage by not making the mistakes most do and doing things that they are not doing yet.

People in social media will accept your attempts of marketing plus will even trust you as their source for new and quality products as long as they see you contributing with something. Content is the authority here and you better become one by posting a lot of it. Good social media promotion will get you much more leads than a twitter post or spamming your link.

So the steps to promote your content in Social Media are:

And now we should follow up with things to NOT to do when trying to get your product to get noticed in these social network websites. Let’s start with the most obvious ones right now:

So this is my to do and not to do list while marketing on social media. Thanks for the read and see you later! 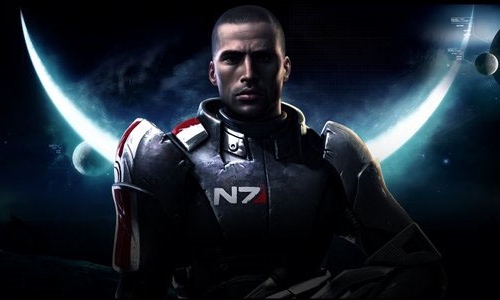 Expansion Contents of Mass Effect 3 Will Be Launched Soon

Mike Gamble and Casey Hudson the two famous producers of the action game Mass Effect 3 have tweeted for the teasers of the potential of the expanded contents of the game which are coming very soon. They have welcomed expansion content after the release of the game but there are some more things which may come in front of them.

Mike Gamble and Casey Hudson the two producers of BioWare have tweeted two images of teaser about the contents which are still not announced for this action game. As per the first picture is concerned it shows a setting of a Casino. Hudson had made a comment, “The picture looks like a perfect place for R&R.

As per the second picture is concerned, it has displayed a Krogan creature who has lots of armor with it. The weapons are quite heavy as it seems in the picture. The gamble has made a comment under the picture that the creature does not look a guy with whom anyone will try to make a mess.

BioWare has teased the expansion of the single player for Mass Effect 3 in the month of December last year. They said, “All the hands are on the deck now for the latest one.” Sam Hulick, the chief composer of Mass Effect has also depicted the fact that he will also contribute to the new content after having no involvement with Omega DLC and Leviathan of the game.

Now all these clear one important fact that the whole team of BioWare now is involved for the perfect launch of the new expansion of the game. Most of the higher authority personnel are getting involved with this teaser time to time and it can be expected now that the teaser will be launched very soon.

However, the two pictures which they have tweeted have created interest for the video game lovers. Especially the armored creature is looking very much interesting to most of the game lovers. Already Mass Effect has become one of the most popular action games and now this added expansion teaser is surely going to make it much more interesting.

The action content present in the game was already quite satisfactory for the most of the fans of this action game. Now BioWare wants to add some more variety in the game to make more interesting. They are now going to add some mystery content with the game so that in Mass Effect 3 the players can experience something new which they have not cherished in the last versions.

Well, for doing so they are using the famous actor of voice and film Mr. Seth Green who is already famous for his acting in the films like Austin Powers and Family Guy. BioWare is going to use his voice to create the mysterious environment in the game. He is performing for Normandy pilot joker’s voice from the very beginning of this game series. The players do not need to wait much as the expansion contents are set and ready to be launched very soon.