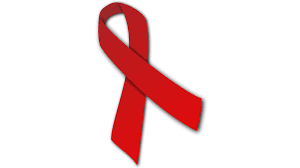 The latent viral reservoir, which persists even after long term use of highly active antiretroviral therapy (HAART) is the key barrier to the complete eradication of the HIV Virus. Latently infected human cells exist because the proviral DNA integrates itself into the cellular genome. Hypothetically, eliminating proviral DNA from all infected cells would be the complete cure for the HIV infection. This model has been tested severally in scientific studies that used designed recombinases, zinc finger nucleases (ZFNs) and TALENs or transcription activator-like effector nucleases that bear sequence specific DNA binding molecules which recognize the HIV DNA sequences.

Researchers have led to the development of the CRISPR/Cas9, a bacterial adaptive immune system used for editing genes in the mammalian cells. This novel genome editing technology has been used to restrain and eradicate infection caused by different viruses, including the HIV virus.

Cas9 is an endonuclease that slices the double stranded DNA in a specified sequence. The Cas9 has a guide RNA whose initial 20 nucleotides exclusively pair with the targeted DNA. In addition to the single guide RNA (sgRNA), the Cas9 must also identify a multi-nucleotide section which is in close proximity to the 3’ end of the targeted DNA which is referred to as protospacer adjacent motif (PAM).

Several labs have created sgRNAs intended for programming the Cas9 to cut the different sections of HIV DNA that includes the viral long terminal repeat (LTR) and essential viral genes. There has been a significant suppression in the infection and production of the HIV-1 virus in different cells. These cells include the induced human pluripotent stem cells, primary CD4+ T cells, and latently infected CD4+ T cell lines. Studies have also confirmed that targeted segments of the HIV DNA have been sliced from the genome of most tissue cells including the heart, liver, blood cells, spleen, lungs, brain and kidneys.

Regardless of the promising success that CRISPR/Cas9 can delete or inactivate proviral DNA from the HIV infected cells, it is important for scientists to look into the possibilities of whether the HIV virus can evade an attack from the programmed CRISPR/Cas9. This is an important topic as it will seal any loopholes attempted that the Virus may use to evade attack by the Cas9. This will help scientists to gain more insight into HIV prevention and treatment measures and HIV vaccines.

Knowing the ways through which the HIV virus may acquire resistance against the Cas9/sgRNA will help spur development of new strategies to help overcome this barrier. Solutions that can be used to overcome the resistance of the HIV Virus to the CRISPR/Cas9 is also helpful in finding alternatives for suppressing other diseases caused by viruses.

Recognizing any limitations associated with the CRISPR/Cas9 system will help to advance the potential of gene editing therapies in future for a wide variety of applications. In addition, it will help suggest various strategies that can be used to optimize and improve this therapy. The growing advancement in the CRISPR field and the invention of novel genetic tools will ascertain that this new editing system will keep on providing excitement and surprises and lead scientists to discover new ways of achieving control against viral infections.