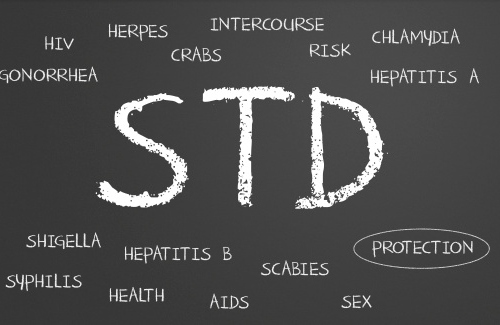 What You Should Know About Your Sexual Health

As you face your partner, you look him/her in the eyes, and all you see is a future filled with marital bliss. However, even in this joyous moment when you decide to commit to him/her, the beginning of a mini-hangover creeps over you as you think about your previous sexual life. Having had numerous sexual partners and various sexual experiences, you have no regrets concerning your sexual life, even though the condition of your sexual health has a sobering effect on this beautiful moment. Your first inclination might be to ignore any fears related to sexual health. However, taking responsibility and ownership of one’s own sexual health is important, whether in a relationship or not.

While some reduce sexual intercourse to a biological function, human sexuality is also rooted in personal emotions. These emotions rule over how each individual treats themselves and how they treat each other, and not only as a part of relationships. For example, those who have sex as part of a monogamous relationship might understand the whole concept of intimacy, whereas someone who is only into one-night stands might not connect to his/her partners on more than a superficial level. Also, sexual mores play a role in influencing self-perception. A promiscuous person raised with values that are incongruent with his/her lifestyle might develop self-esteem issues and not value themselves to the point of ignoring their sexual health. Conversely, someone with the same sexual behaviors raised with permissive sexual mores might have a different self-image, higher esteem, and an eagerness to protect their sexual health. Sexual health is also rooted in the types of discussions that people engage in when in relationships. A partner who is overly concerned about their partner’s“number” reflects a certain attitude, and conversely, another might not care about numbers, which reflects a more liberal attitude. Sexual health is very much connected to emotional health.

Sex is a wonderful experience with the right person, but being proactive as it relates to sexual health is takingresponsibility as sexual beings. Some of these responsibilities include making sure to protect yourself and your partner from sexually transmitted diseases (STDs) when engaging in sexual intercourse, as every time a person has sex, they expose themselves to a variety of diseases, including chlamydia, herpes, gonorrhea, genital warts, and HIV/AIDs. All of these diseases, if left unchecked, can damage the reproductive system, leaving a person infertile, and in the case of HIV/AIDs, the person’s entire immune system shuts down. While most STDs can be treated, herpes and HIV/AIDs are chronic conditions that do not go away with prescription drugs as they are viruses. Not only are the sexually active exposed to diseases, but unprotected sex can also end in an unwanted pregnancy.Prevention is key where sexual health is concerned because it protects the individual and protects his/her partners from disease and pregnancy. While not 100 percent effective, most of these diseases can simply be prevented by properly using condoms. More importantly, humans have the responsibility of guarding against the negative emotional effects of sexual relationships, precarious or not, that make their mark on the person’s attitude about intimacy and relationships in general. Whether negative or positive, sexual relationships have a lasting effect, even influencing current and future relationships.

Taking ownership of one’s own sexuality means being proactive in regards to personal sexual health.  Because STDs such as syphilis and HIV/AIDs can remain dormant in the system, a person might not know whether they have contracted the STD. Someone who takes ownership of their sexuality will get tested or protect his/her partner when engaging in sexual intercourse by using a condom.In cities around the US, STD testing is available for those needing it. For instance, a list of labs is available for those interested in STD testing near San Antonio, TX. Taking ownership means protecting yourself and your partner from an unwanted pregnancy.People should also take ownership of their feelings and actions towards others, whether in a relationship or living single. As stated previously, sex and sexuality can be great, but without conquering the emotional part of sex, a person becomes bitter and angry, which results in looking outward at others for their own actions.

Today’s humans are so much more sexually savvy and sophisticated than in times past. This is primarily because of the glut of information available to people about any sex-related topic and because of liberal sexual attitudes. While humans in this day have liberated themselves from antiquated social constraints, they are in bondage to problems that arise when excessive freedom results in sexual irresponsibility.