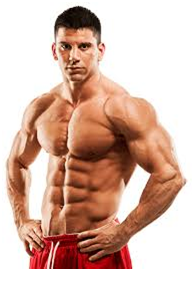 Syrian President Bashar al Assad is reportedly relocating prisoners with the objective of creating a human shield to prevent international forces and especially United States striking it with use of military forces.

Aims of Assad are quite clear as he intends to use the humanitarian aspects in preventing possible U.S and allied attacks. In recent days there have been reports from various sources about U.S and its allied forces preparing to attack Syria. Such indications have also received vent with the recent speeches delivered by President Barrack Obama.

Accusation of the Syrian President transferring prisoners to form human shield against a possible attack stems from the recent reports that he has been transferring this prisoners to selected military targets. With civilians covering these targets, striking forces may have to think twice before staging any attack on these bases.

“Amid fears of international community striking the conflict zone, Assad’s regime has begun moving prisoners and activists from across the nation to military locations that may be targeted by foreign forces” reports the Washington Times.

The report of Washington Times is based on information received from the residents of Damascus of relocation of prisoners from various parts of the country to potential military targets in the conflict zone by bus, other means of transport and even on foot.

The scenario revives the memories of the Nazi atrocities committed on the Zews during the Hitler regime and the concentration camps where the refugees were tucked away like cattle herds. The points where the prisoners in Syria are now stationed easily assumes the features of the old Nazi concentration camps.

This could be the second major human rights violation by Syria; the first being the use of gas and chemical weapons that accounted for nearly 1500 deaths in recent times. According to President Barrack Obama the situation in Syria is not only a threat to the national interest of United States but also a violation of international customs, conventions, and treaties.

Even greater threat to human rights and world safety is the reported proliferation of chemical weapons by Syria. Such action on the part of Syria has lead to serious consideration about taking suitable action including military intervention by United States there. Basic objective as expressed by the United States Government is preventing Syria from use of chemical weapons against civilians.

Opposition to the actions of Assad has not only emanated from United States and international community but from inside Syria as well. The Syrian National Coalition members have been consistently criticizing the action of the Syrian president in deporting the prisoners and their use as human shield that they consider unethical, illegal, and a major violation of international human rights conventions.

“This is a crime against humanity and those who are responsible for commitment of such crimes should be made accountable for such crimes”, said the council spokesman.
On his part Assad continues to arrest thousands of dissidents, activists, and rebel fighters since the commencement of conflict in the country since 2011.

Entire international community is looking forward with concern to the grim realities of life.