5 Reasons To Pay A Visit To Manchester 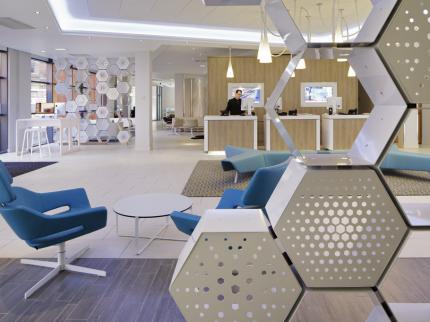 Manchester is the north of England’s biggest and best known city. Along with 500,000 inhabitants, millions more visit the city and wider area each and every year. So if you haven’t been before, we think it’s about time you paid it a visit. Here’s why…

The shopping in Manchester is by far the best you can find anywhere in the UK outside of London. The majority of the city centre area is covered in amazing shops – from the huge Arndale centre in the very middle of town which encloses all of the famous high street stores, to the more upmarket areas around Spinningfields, St Anne’s Square and Deansgate, which has all of the exclusive, high-end brands you could ever dream of including the massively popular Selfridges and House of Fraser.

Bands and solo artists always make sure they come to Manchester when touring the UK and the city is home to a number of great music venues. The big acts will play at the vast 21,000 capacity Phones 4U Arena, while there are some more intimate (yet no less atmospheric) venues such as Manchester Central, the Apollo, the Academy and the Ritz. Gigantic acts will sometimes play the outdoor venues around the city, such as Manchester City’s Etihad stadium or the Lancashire County Cricket Ground.

Manchester is great for those looking for a night out. Whether you want to go for a nice meal or are planning a stag or hen party, there are venues all across the city that will be suitable. If you are of the partying kind you’ll also find that the city centre hotels Manchester has to offer are exceptionally good, meaning you won’t have far to go and crash out when you finally decide that your night is at an end!

No-one needs telling the real reason why Manchester is so famous – it has two of the best football teams in Europe located only a few miles apart from each other! Manchester United are famous all over the world and pull tourists into the city from across the globe, while Manchester City have really been building a name for themselves recently following their Premier League victory in 2012. It’s not just football though; there’s also cricket (the LCCC was one of the venues in the last Ashes series) and the highly successful British Cycling and Sky Cycling teams are based at the Velodrome in Eastlands.

One of the best reasons to visit Manchester, along with all of the above, is the fact that it’s a city which is easily accessible from all over the country – whether you want to travel by car, train, coach or even plane. If travelling from the south you can find some great advance fares on the train from London Euston, while coach journeys can be purchased from some providers if booked early enough for as little as £1. With that kind of affordability, there’s no reason why you shouldn’t be planning your trip to embrace all Manchester has to offer right now!