Understanding The Risk Of Surgical Errors For American Patients 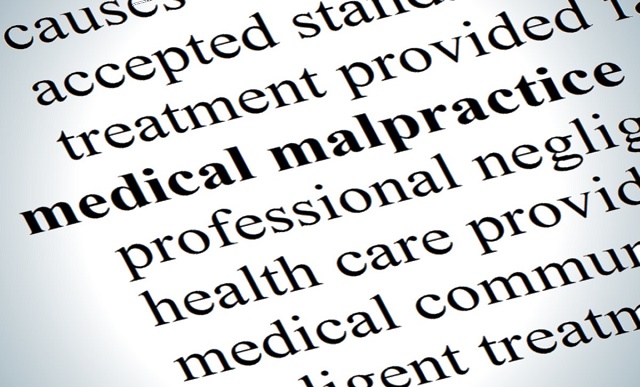 There are a lot of myths and misconceptions when it comes to medical malpractice suits. The legal liability claims are credited with driving up the costs of healthcare, yet according to statistics, medical negligence and compensation claims account for only 3% of the $2.2 trillion-dollar annual healthcare cost in the United States. Conversely, the National Association of Insurance Commissioners states that medical errors (which can be prevented) account for $29 billion dollars of healthcare spending every year.

As important changes transition the American healthcare system, including digital records and electronic health information exchange, reducing the amount of medical malpractice and preventable medical errors should be an important discussion. The potential to save lives and avoid patient complications, as well as to save the financial burden of medical error on the health system warrant focus and action.

What Kind of Surgical Errors Are Most Common?

The top nine most common surgical errors are:

2. Catheter Associated urinary tract infection. A condition that involves the use of unsterile catheters, which creates a painful infection.

3. Central line-associated bloodstream infection. This condition is caused by the use of unsterile, or cross infected intravenous hardware during blood transfusions or medication administration through an IV.

4. Fall injuries, which occur when patients are improperly secured into beds with protection rails, and trip and fall injuries that result from bathing or bathroom activities.

5. Obstetrical adverse events. Since 1996, the United States has experienced an increase in maternal or infant death during pregnancy or childbirth.  In 2013, 18.5 mothers per 100,000 delivery cases resulted in morbidity.

6. Bed sores and pressure ulcers, which can become infected and painful for patients. This typically results from lack of position change, massage and skin care in hospitals and in geriatric care facilities.

8. Venous thrombosis (blood clots), a life threatening condition that can lead to a heart attack or stroke for post-operative patients. Post-Thrombotic Syndrome (PTS) can also cause swelling and painful ulcers in the legs, as clots obstruct blood flow through arteries and veins impacted by post surgical inflammation.

9. Ventilator associated pneumonia (VAP). This is particularly common for patients who have a blunt-force injury, such as a head laceration. The open airway allows for the introduction of the pneumonia virus, and symptoms such as fever and phlegm are harder to detect for individuals who are unconscious on a respirator.

The most concern medical error is classified as a “Never Event.” This describes the most upsetting and preventable medical errors that result in death, or in life threatening situations. Examples of a “Never Event” include air bubbles in IV catheters, sponges, wipes or scissors being left inside a patient’s body after surgery, operating on the wrong body part or an erroneous surgical procedure that was not required (due to patient chart mix up). They are named a “Never Event” because they should never happen, but when they do, they are traumatic, life threatening and potentially lethal.

What Kind of Surgical Error Qualifies for a Medical Malpractice Case?

There are two important factors that determine whether a patient has the ability to file suit for medical malpractice. First, that the doctor or another licensed medical professional made the error, and second, that the patient (you) were measurably harmed by that error.

Consulting with a medical malpractice attorney is usually the first step for patients who are certain that they have been the victim of a surgical error, but the process of gathering evidence can be a long and costly procedure. The conclusive evidence that a negligent error occurred in difficult in many cases, as health complications can impact any patient during a surgical or medical procedure, and those complications can, even through the due diligence of medical staff, cause additional harm, loss or discomfort.

The Myth of the Multimillion Dollar Malpractice Suit

With very few exceptions, a medical malpractice suit is not guaranteed to return a large sum award to the plaintiff. In most cases, the awarded sum is allocated based on the patient’s medical needs, or compensation for additional medical expenses incurred as a result of the surgical error. Awarded cases seek to provide compensation for the at-fault expenses, or provide income for ongoing postoperative care, therapies, medications and any loss of income as a result of the malpractice action. Damages awarded through a malpractice or medical error suit fall into categories, when determining the sum of compensation for the plaintiff. Most states in the U.S. now have a cap in place for medical error and malpractice suits of approximately $250,000.

Exact Calculation Damages refer to lost earnings, health benefits, medical bills and other financial loss. The present value of income and earning is used to create a base compensation, which may be calculated by an economic expert in your case, to predict long-term income loss and inflation.

Non-Exact Calculation Damages refer to pain and suffering, and other emotional loss considerations that are difficult to put a dollar value on. This aspect of a medical error or malpractice suit is entirely contingent on the judge and jury to deliberate on, and may include reflection on the plaintiff’s past criminal record (if any), previous malpractice claims and other criteria

The Federal Government and health administration, private insurers and medical associations have many educational initiatives geared at reducing the instances of medical or surgical error in the United States. Not only are medical errors preventable in virtually all cases, but the tremendous cost of $29 billion dollars per year to the U.S. healthcare system can be allocated elsewhere, rather than correcting errors that should not have occurred to begin with.