No matter where in the world you are currently located, if you have the internet then you have probably come across Limitless. This movie was released in 2011 as a thriller type movie, starring Bradley Cooper, Abbie Cornish, and the world famous Robert De Niro. If you have not seen limitless (directed by Neil Burger), this film surrounds a man by the name of Edward Morra. Morra is a starving-artist, writer type who is inevitably introduced to what is known as a nootropic type drug. In taking the pill Morra is able to fully utilize his brain. This star-studded cast and dynamite story led doctors and scientists alike to hunt for the possibility of making the limitless pill a reality.

It is unlikely that anyone would turn down the chance of improving their brain function, right? The bottom line here, however, is that Limitless is a work of fiction. There is no actual “Limitless” pill on the market today. There are different drugs and substances however, that actually work to achieve similar effects to those shown to us by Hollywood. If you are anything like the rest of us, you are probably asking yourself, “What is a nootropic drug”. There are millions of medications on the market today, each with its own personal claim of benefits. Nootropic drugs, also known as “smart drugs”, are intended to enhance an individual’s cognitive functions, making them essentially smarter. While this seems like a long shot, there are some cognitive abilities that make a noticeable positive improvement when using these nootropic substances.

These improvements can be seen in:
• Multiple executive functions
• Healthy individuals amount of motivations
• Memory
• Creativity

Scientifically speaking, the term nootropic is a blanket phrase that includes a specific group of chemicals. Some created and some that occur in nature. This term was devised by Dr. Corneliu E. Giurgea. He also came up with five specifications that a substance must meet in order to be considered a nootropic substance. This criterion includes:

• 1 – It absolutely must aid the brains functions under disorderly conditions. One such condition is known as hypoxia or low oxygen levels. It must also help the brain during electroconvulsive shock.
• 2 – It must help a person’s memory and ability to learn.
• 3 – It must present few to absolutely no side effects and be non-toxic.
• 5 – It must be proven to upturn the efficiency of neuronal firing control mechanisms, both the in cortical and sub-cortical regions of the brain.

Generally speaking, nootropic drugs offer very few negative side effects. Popular learning disorder drugs like Adderall and Ritalin are often mistaken as “smart drugs” as they help people who have trouble concentrating. Because of their potentially unpleasant side effects, they do not qualify as nootropic drugs. Some good examples that do qualify as nootropics are Piracetam, Aniracetam, Noopept, and choline along with a few others. Several studies have proven their safety and promotion of strong brain function.

There are five major components that are excellent at supporting brain function. This include:

Together these components work to increase the blood flow to the brain, enhancing your memory capacity and your ability to learn. The Bacon functions to repair any damaged nerves in your brain, helping to improve your personal information processing speed. Another benefit of these compounds is the increased production of neurotransmitters that are vital to a successful memory. This combination has been studied intensely, and it must be used as is in order to achieve the desired benefits. This is why you will find all of these ingredients in most, if not all nootropic supplements. 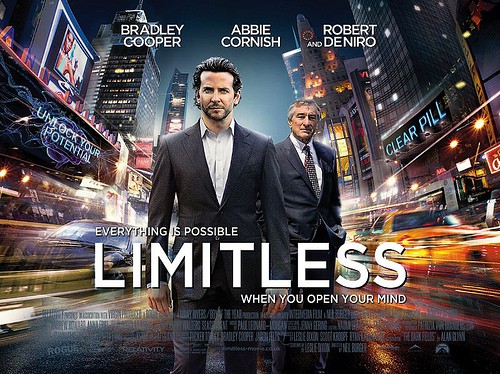 Every medication, supplement, and vitamin are required by the FDA to be studied before it can be made available to the public. Various studies have been carried out over the years by the creators of products like this. They sought to prove that these formulas do actually work. Using human subjects in these tests allows the scientists to prove that their products are a success. After seven days of use in these clinical trials, these nootropic substances proved to increase mental capabilities, and performance. In some cases, people even experienced less anxiety and depression, as well as an easier time getting to sleep. All of this along with an increased memory can boost you into the future success you have always desired.

Of course, there is always a downside with things as nothing is perfect. One of the most common side effects that you might experience when using nootropic drugs is occasional headaches. These can occur because the use of this substance literally drives your brain to work harder. In turn, the brain tries to produce more Acetylcholine then is usually possible. Also it occasionally causes the user to experience trouble sleeping, which is the opposite of how it normally works.

If you decide you want to give nootropic drugs a go, what have you got to lose? While it might not launch you into the successes of Bill Gates as the movie makes it seem, it can still produce multiple mental profits. As I mentioned above, these substances have been heavily studied and are completely safe. With little to no side effects, you can feel comfortable and confident when choosing your pill. The most heavily recommended nootropic supplement is one called Lumonol. Lumonol is priced anywhere from $38 to $59. Produced by Avance Laboratories, it is compared the limitless pill because of its multiple cognitive benefits. Lumonol is made up of multiple memory, focus, and energy enhancing compounds. It has been seen to be effective in improving clarity of thought, and accuracy in first person shooters. The results do not stop there.

So in the long run, there is no real limitless pill in existence. However, you should not necessarily feel silly for searching. The idea of increasing brain functions has been studied and executed, while some solutions already existed naturally. Several compounds found in plants and other natural occurrences have proven time and time again to mentally benefit someone in multiple different ways. If you feel like you are traveling through life on a slower track then others, or you often feel sluggish and forgetful, you might actually benefit from giving nootropic drugs a try. Whether you need a boost in memory to get those work assignments done in time, or to make your daughters softball game, there are several options out there that might be right for you.