Opioid Overuse Up by 150% In Last Couple Of Decades, AHRQ Study 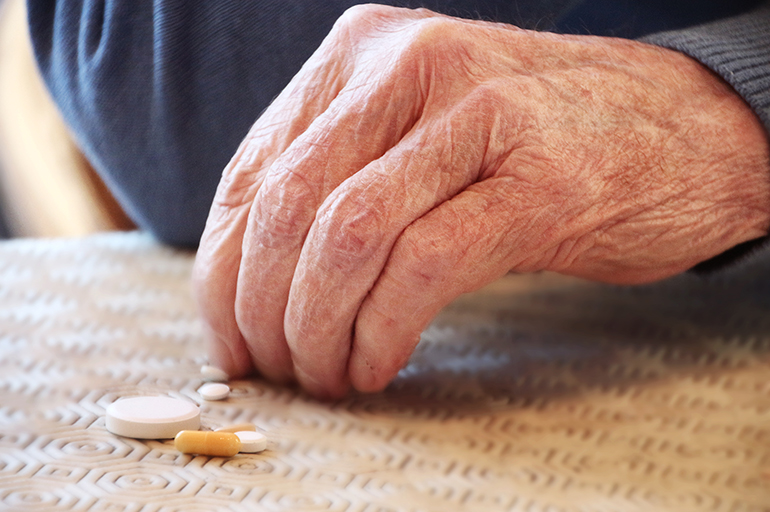 Are you monitoring your patient’s opioid use? Remember, not keeping tabs on your patients’ opioid use could put you in line for some unwanted scrutiny.

Good news: To help reduce opioid abuse, the American Medical Association’s (AMA’s) Task Force recently offered guidance to physicians on best practice measures about the safe use, storage, and disposal of prescription opioids. “These new recommendations can further reduce the amount of unwanted, unused, and medications — making their diversion to nonmedical use much less likely,” explained Patrice A. Harris, MD, MA, chair of the AMA Board of Trustees and chair of the Task Force in an April 18, 2017 press release.

The recommendations encourage physicians to team up with their patients to eliminate issues associated with the wrong use of their prescription drugs. The three-part steps remind providers to:

The association anticipates that these suggestions will give physicians some guideline to follow considering that opioid overuse went up by 150% in the last couple of decades, according to an Agency for Healthcare Research and Quality (AHRQ).

Study: A statistical brief from the AHRQ, published some time back, revealed surprising facts that every facility should know about opioid dependence, poisoning, and abuse in inpatients.

Background: Opioid overuse/abuse is a serious healthcare issue (in fact an epidemic) in the US. According to the US Department of Health and Human Services (HHS), the substantial rise in the misuse of opioids has led to an epidemic in overdoses.

This analysis is based on details in the Healthcare Cost and Utilization Project (HCUP) 1993-2012 Nationwide Inpatient Sample (NIS), and the data is based on the number of adult discharges in hospitals across 44 states.

The AHRQ report also reflects an increase in the average number of secondary diagnosis codes documented in the discharge notes from 2.86 in 1993 gradually increasing to 7.93 in 2012. This bit of information is worth assessing to find out whether we are actually moving ahead to become an ailing community, whether our providers are documenting more  diagnoses, or is it just about smarter reimbursement strategies?

The study (conducted before ICD-10 became effective) used ICD-9-CM codes defining opioid overuse. It covered the 304 series with opioid dependence and opioid other dependence, whether it’s unspecified, continuous, episodic, or in remission.

ICD-10 has a clearer classification for the substance use and abuse codes. Coders will report the patient’s condition as “uncomplicated” if he does not have a current, acute manifestation of the use/abuse. For instance, she might go for F11.10 or F11.20 to describe opioid abuse or dependence.

Highlights of the Report

According to a more recent AHRQ report, opioid-related hospitalizations increased by 64 percent across the country between 2005 and 2014. But analysis shows that the trends vary widely among states. For instance, as per latest data available, states such as Georgia, North Carolina, Oregon, South Dakota and Washington reported that opioid-related stay increased by at least 60 percent between 2009 and 2014. However, Illinois, Kansas, Louisana, and Maryland witnessed decrease in opioid-related stays during the same period!

“These new data provide vital insights into the trends that are shaping one of the nation’s most pressing health challenges,” said AHRQ Director Andy Bindman, M.D.

What you need to do

Apart from following AMA’s recommendations, physicians need to tell patients about the risks associated with receiving painkillers from more than one provider. The greater the number of prescribes, the higher the risk of hospitalization.

Heed this advice: According to Duane C. Abbey, Ph.D., president of Abbey and Abbey Consultants Inc., in Ames, IA, hospitals should work through their staff organizations to increase the sensitivity of physicians to this particular problem. They should study these statistics with care. Hospitals should in fact take measures to keep a tab on possible misuse in real time that is right at that point in which the misuse starts. But again, in most instances, the information that misuse is taking place will not be available until after the fact. Follow-up will then be critical for the hospital staff.