Captured With Flowers: TOP World Gardens With The Beautiful Flowers

The natural wonders in one or another city attract tourists and locals as much as the city attractions. There are many people who are ready to go to another city, state, country in search of the purple glicines, harsh lavender or go along the longest green alley in the world. The most impressive flower gardens are gathered here.

Provence is a heart of the touristic France from June to August. The romanticists from all over the world come here to have a walk along the curly olive groves and lavender fields. You can see the lavender flowers in every garden. Nevertheless, if you want to feel the lavender harsh odor, you should drive to the North of the province to see the never-ending lavender fields. 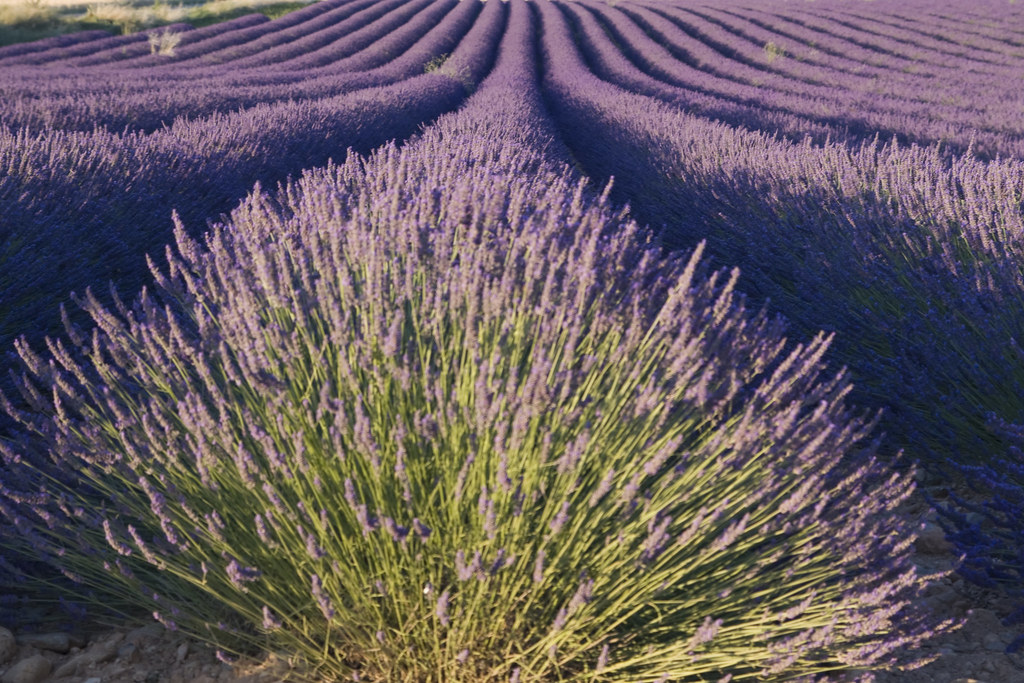 One of the most impressive flower parks in the world is situated several hours driving from Tokyo. It is called the Kawachi Fuji. You can see the thousands of unique and rare sorts of flowers and plants from all over the world. The garden is mostly popular by the intriguing Wisteria Tunnel. The rain of the hanging white, pink and purple glicines is spread over the many kilometers. According to the Japanese traditions, the garden is not perfect if there are no glicines in it.

The Royal Garden is situated in the little town Lisse. Everything that you can say about the garden is the best: the most popular, the biggest, the best for shooting. There are more than 5 million of tulips of different sorts on the territory of 32 hectares. What is more, there are many roses, orchids, lilac, hyacinth, crocuses. The best time to visit park is March and May. There is the world popular Flower Parade every year in April.

The flower oasis has the square of a typical European town. It is situated in the middle of the hot dessert in Dubai. You should hire a car in Dubai and get to the marvelous place. More than 45 million of flowers are in blossom in May-October. The gardeners affirm that the colors of their flowers are more than 60 color tones. It’s amazing! The curly roads are spread over 4 kilometers to go through the numerous arcs, flowerbeds and landscape compositions. The brightest and most attractive exhibits are flower clock, pyramid that is 10 meters high and the miniature copy of the Chinese Wall made of roses, orchids and azaleas.

The hundreds of cozy benches, open parking, toilets, VIP-parking, shopping zones, restaurants and the first aid cabinet and other attractions are waiting for you. There is also the Butterfly Garden made of 9 domes with the different kinds of butterflies. 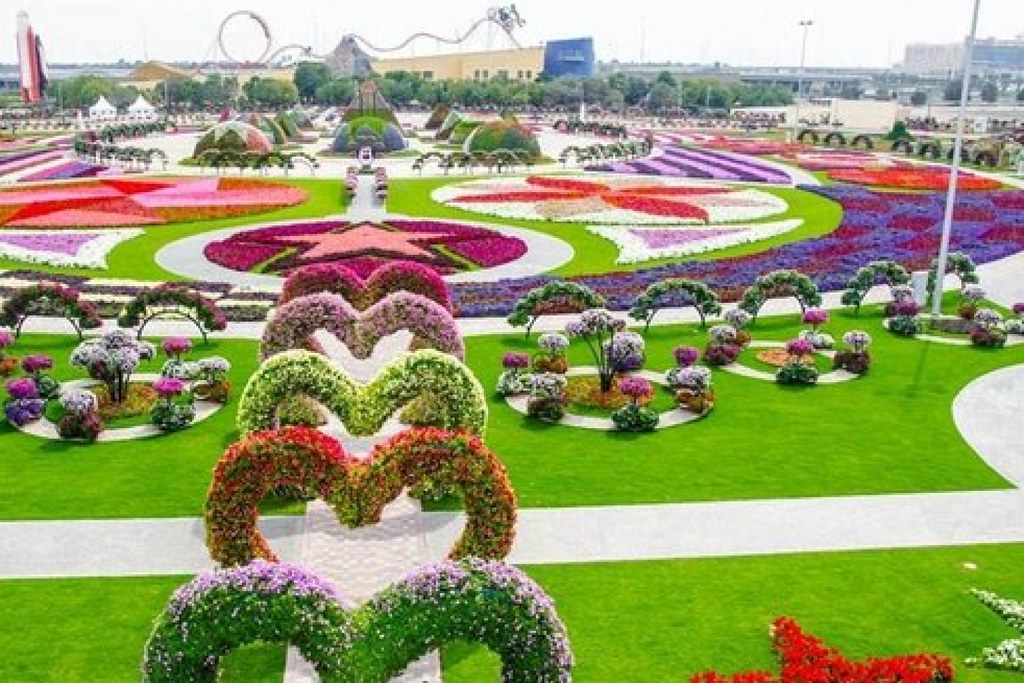 The Butchart family from Vancouver decided to plant a garden that was later named the national historical heritage. The park landscape was developed by the greatest designer Isaburo Kishida. He could create the atmosphere of the cozy Japanese Garden with the traditional attributes: flowing water streams, wooden bridges and arcs. The Butchart Gardens welcomes visitors every day. The season plants and flowers change one another all the time. The garden is beautiful in spring and in winter, whatever.

These gardens are created by the famous baron RothschildСады. This is the most beautiful place in Europe. Baron-gardener was also a talented financier, who brought the rare plant exhibits from all his trips. You can see the beautiful azaleas, rhododendrons, camellias and irises from the different countries. More than 100 professional gardeners work here to take everything in order. Besides, the proud of the flower collection is blue Alpine roses.

The popular impressionist Claude Monet bought the plot of land 80 kilometers far from Paris. He decorated the plot with the flower alleys, flowerbeds, mixing them as he used to mix the colors of his paintings. You can visit every corner of the garden, listen to the silence among the roses or chamomiles, nasturtiums and poppy flowers, glicines and peonies. What is more, there is a beautiful lake with the bridge and water lilies. You can feel the inspiration here. 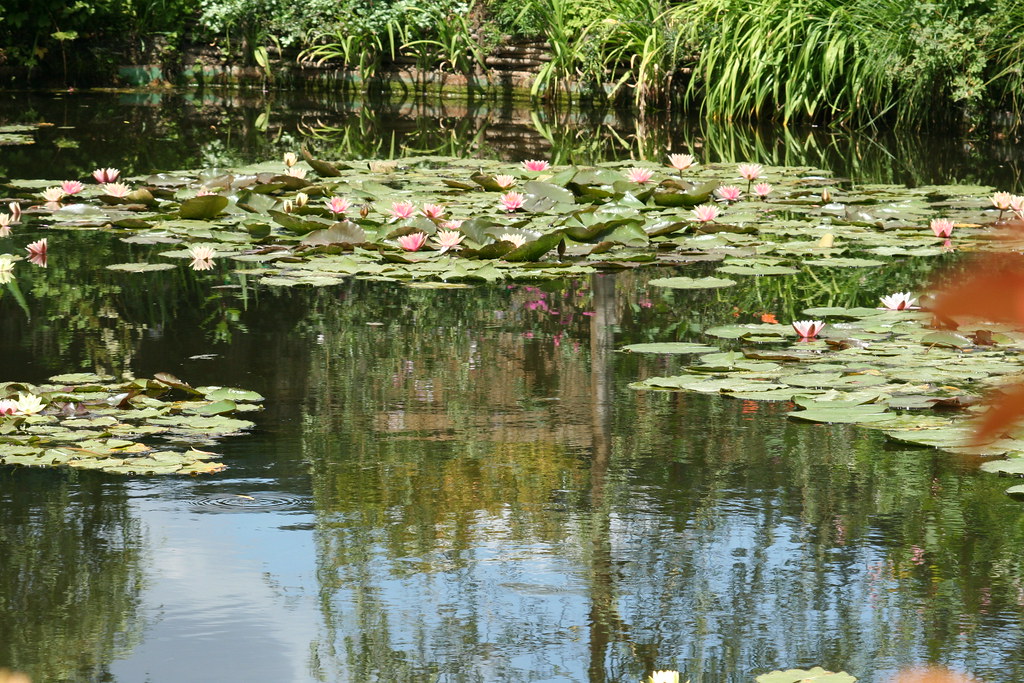 This garden is included in TOP 7 the best botanic gardens in the world. You can see the flowers and plants that you cannot see anywhere else: olms, ancient cicada, pelargoniums, ferns, camphor trees, cactuses. You can also see the European trees such as oaks, apple trees, pears, plum trees, grapes. The garden is more than 100 years old. It is the most beautiful garden at the continent and the biggest in the planet.

These are the most popular park monuments from the Renaissance. The park is situated around the Medici’s main residence, where the biggest Raphael’s art collection is situated. The gardens are full of the antique statues, grottos, terraces and fountains. The gardens were made in the 16th century to occupy the square of 4,5 hectares. The North part of the gardens is famous of the panoramic view. The South part of the garden includes the poured island and green houses. Besides, the most of the popular European gardens were laid out according to the Boboli’s garden plan. 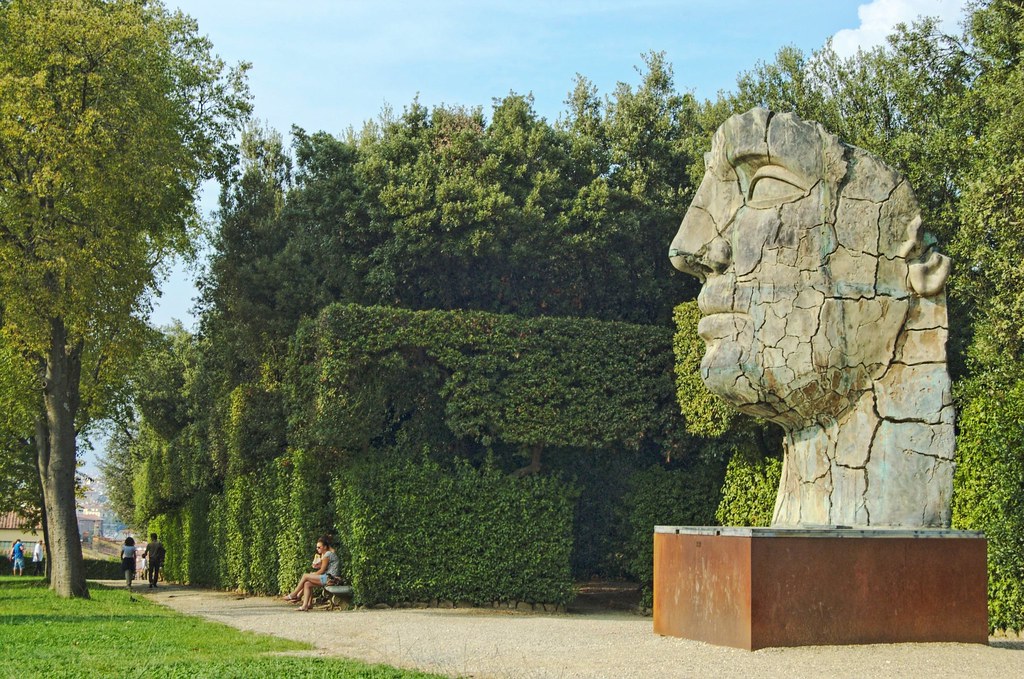 Scotland is a country where you can go to think of your life being. Welcome to the garden of Cosmic Speculation, where the famous architect Charles Jenckshas created his unique universe. The garden is built on the base of metaphors. You can find the spirals, pyramids, snakes, atoms, collapsed stars and everything that helps to learn the beauty of the universe. What is more, you can also find a dragon here.

Welcome to China! There is a marvelous garden of relaxation. The garden is more than 400 years old. It consists of the numerous pavilions, water basins, stones and monastery gates. The garden is situated in the center of the oldest Shanghai region. It is also called the Happy Garden. The main garden attraction is the ancient rock made of the axe-stone.