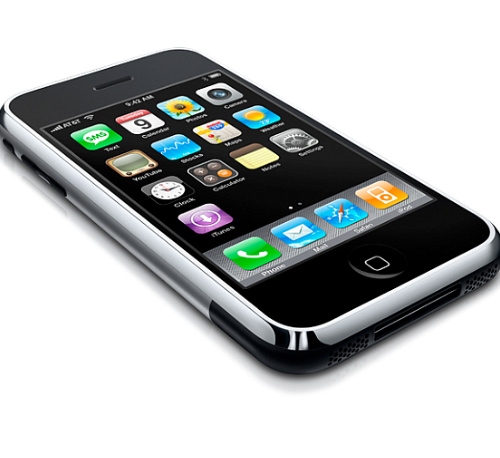 I Dream Of iPhone

We can dream right. I dream that the future generation would be the pioneer in the creation of a holographic interface which would enable the users to start and stop processes, reroute power for low power consumption or for better power relays for enhanced power management with the provisions to share your unique power or processor data stream layout for further speculation and integration on to other iPhone’s.  I would love to see an Ultra sensitive virtual holographic keypad which allows you to power through any applications settings and control the iPhone’s active interface.

For the camera, it ought to function through signal dispersion and thermal reading topped off with virtual reconstruction of the image and its surroundings to provide the users with a 3D image, making the in-built camera to be obsolete by having the iPhone transmit and receive the data of the image rather than have the iPhone take the picture.

Making extensive usage of cloud computing to store and retain active data stream to minimize allowing more storage on board.

As the need for much hardware would be deducted the reduced size of the iPhone would be strong and sturdy, enabling it to withstand much torture without having much of a dent to speak off.

Solar and heat rechargeable battery able to go on for a minimum of 3 years without a chance of malfunction are also in my dreams.

I dream that the future of telecom industries would come to a crossroad having them band together to create the ultimate wireless network, which transcends the boundaries of the different countries allowing the subscribers to roam with this giant web of wireless network without additional fees  or performance issues.

The newer interface should allow different software to have an interactive link with any sort of electronic devices making it possible for the user to work with different devices and also to get an intermittent signal reading to check the status of each and every active device in the vicinity of the iPhone.

The iPhone may have a signal relay process with which it can track the activity of a particular without the visual aid of Satellite feeds or GPS, but by recalibrating the transmission and carrier wave pattern to virtually ping the signal remnant to interpret the signal difference to assess the change, which can be used for surveillance or scientific research. This can be extended to track and monitor DNA mutation or even the effectiveness of medicine without any further tests.

The newer version of the iOS would have to be adaptive and be in constant flux allowing you to infuse the users preference and usage patterns without compromising the security of the device and the users privacy.

The Apple App store may become public and turned into a community which manages itself that is no longer restricted by serving the interest of the few and enabling everyone to share and interact to make even better versions of the apps available.

The iPhone may include any app that emulates the appearance of a musical instrument or may be an electronic device or a chemical compound which can be molded, re-fabricated or even used to learn about them, do experiments as if they were the real thing.

So there you have my dream of what ought to be the iPhone. I would think what I spoke is pretty much possible, they may be difficult to implicate but they can be a certain possibility if everyone comes together.