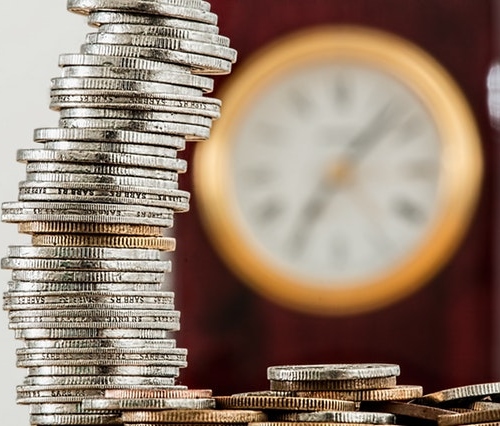 How to know if the credit union you are considering is credible?

If you have been weighing your options and given a few bonus points to credit unions over banks, then it’s about time that you look for a good credit union. But how do you do that? Almost every other credit union may seem to provide excellent services.

However, the hunt for a credible credit union only has one fair rule – all that glitters is not always gold. There’s no denying that the number of credit unions present in the US has shot up. Statista reports that as of the last quarter of 2016, there were 2,479 credit unions with assets equating to roughly $20 million in the US.

Hence, without further ado, let’s dive into some vital pointers that speak volumes of a credit union’s credibility:

Word of mouth is an influential tool, more than we can imagine. 92% of us trust recommendations made by people we know. In fact, the purchasing decisions of 74% of us are influenced by word of mouth.

Thus, word of mouth plays a vital role when you’re looking for a trustworthy credit union. This means that you can learn a lot about a credit union simply by asking around in your circle of friends and family.

Since membership of credit unions is based on several factors such as your workplace position, religious group, and so on, word of mouth makes way for itself. The simple thing to remember is that it is pretty sketchy if there’s nothing about a credit union’s reputation out there.

More importantly, the name of the credit union that you are looking for should be present in a search database. For example, the National Credit Union Administration (NCUA) provides a credit union locator and allows you to explore credit unions. It’s a red flag if information related to a credit union is not present online.

In the present world of digital marketing, having an online presence is crucial. As a matter of fact, researching for a credit union is as vital as asking about them among your offline circle of friends, colleagues, and family.

Additionally, if a credit union does not have a proper website, then it won’t show up in the online search database. So, that will strike out two major points on this list of ways to sniff out an untrustworthy credit union.

Moreover, a credit union’s online presence will also help you understand the services extended by the financial entity. For example, over half of the Americans think that credit unions don’t offer mobile banking services. You can easily learn about this from a credit union’s website.

Online reviews hold the same power over us as word of mouth does. 67.7% of us allow our purchasing decisions to be influenced by e-testimonials. Not to mention, 90% of us read them before working with a business.

Hence, an authentic credit union should be backed with positive online reviews. Negative reviews travel fast so you can pick an unreliable or untrustworthy credit union easily. If you don’t have the time to dedicate to the research, then you can simply find your answer by using Bankrate’s Safe & Sound search feature.

This tool ranks credit unions relative to their peers. Therefore, the rating system helps determine how credible a credit union is.

Another significant point that determines a credit unions’ authenticity is its insurance with the National Credit Union Administration (NCUA). The major chunk of credit unions is federally insured. The NCUA provides the same insurance coverage on financial deposits that the Federal Deposit Insurance Corporation (FDIC) does on the part of bank deposits.

The key point is to take out the time to learn about a credit union’s insurance before you seal the deal. There’s no reason to risk your money with a credit union that is not insured.

Finding and trusting the right credit union is the same as looking for a bank for the first time. The process takes time and effort. Don’t forget to keep these pointers in your mind to select a reliable credit union.