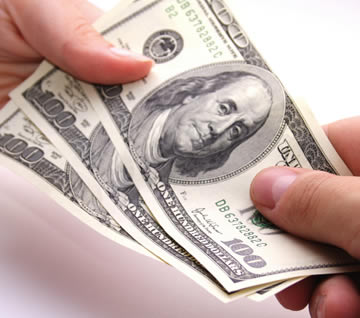 Marketers have resulted to taking aggressive steps in a bid to fight the open rates decline after the change of inbox format by Google. The new inbox now places all the promotional emails automatically in a new tab, away from the primary inbox of the users. The new inbox format filters the incoming emails into 5 groups: promotional, primary, social, forums and updates. Rather than offering a single inbox view – this feature however exists for the mobile – Gmail is now placing the emails into separate tabs as they come in, something that is forcing the users to move promotional emails manually back to the primary inbox if they prefer them there.

The result of this is that there are few people who see the advertising emails or a delay before the Gmail users gets them. According to a MailChimp blog, this has resulted in a decline in the open rates. After analyzing the Gmail delivery for the last one and a half year, MailChimp found out that open rates to Gmail were more than 13% for 15 weeks. However, after the change in the inbox format, the open rates dropped to 12% from 13% during the weekdays and less than 10% during the weekends.

However, MailChimp in their blog said that they weren’t willing to say there was an emergency. They added that they still did not know what the Gmail’s adoption rate was but it was an early indication of a problem and they were closely watching it.

Some online businesses are however viewing this as an emergency. Rhys Davies, who runs several websites in the UK, said that his main store, www.yourjigsawpuzzles.co.uk, relied heavily on email marketing for repeat customers. He added that though the new inbox format had not been completely rolled out in the United Kingdom, they were already experiencing about a 30% drop in the opening of emails. He said that he was more worried about the impending Christmas season where that drop could theoretically mean that they lose 15,000 pounds a month.

Return Path’s Senior Director of Email Research, Tom Sather, found out that the reading rates for the emails had dropped by 0.31% after the release of the Gmail tabs compared to the previous 30 days. He however believes that the spam folder is having the greatest impact on the open rates than the change of the inbox format. Sather said that the company had realized that fewer emails were making it to the inbox while more were being delivered to the spam folder. He added that the current benchmark at the Gmail’s inbox was at 85 % and in the month of June, the Benchmark had always been below that. He also said that in June 2013, an average of 42% of all the emails that were read, mobile devices were used, and these are not influenced by the Gmail Tabs. This, together with the declining inbox rates shows that some factors outside the feature of Gmail Tabs that have a hand in the declining open and clicks through the inbox rates.