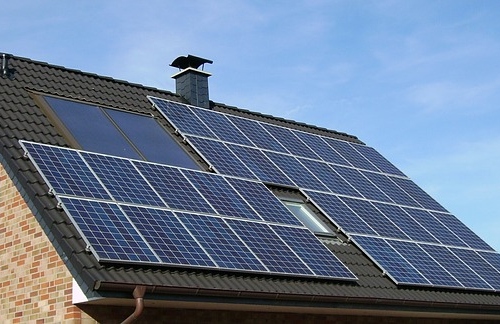 Why The UK Is Investing In Solar Energy

Representing two radically different forms of energy, renewable and fossil respectively, solar and coal can be viewed as being the Yin and the Yang of the energy spectrum. While certainly, they are very different, there can be no denying that they are in direct competition with each other in terms of the modern energy market.

Specifically, there has been a distinctly noticeable increase in solar output in the United Kingdom in recent times. This has come at the expense of the coal industry, which was once considered to be the mainstay of the UK’s power resources. The amount of energy being produced by means of solar began to surpass that of traditional fossil fuels in early May and since then it has only increased its market share. As of July 2016, solar power production exceeded that of coal energy production by a margin of 64%.

Why Has Solar Output in the UK Increased So Much?

During the summer months of May through July, solar generated 6% of the UK’s electricity, compared to coal’s tally which was just shy of 4%. It has been estimated that 1.273 (GWh) of power was generated by solar during the month of July.

That said, we can view additional factors which helped to accelerate the margin of increase between solar power and coal. July 2016 has been recorded as one of the hottest months on record in London – as this area has embraced the use of solar panel technology, even going as far as to create solar powered bus shelters, it is only natural that solar energy production would increase during this sun heavy period. July had an average daily temperature of 18 degrees Celsius, with highs of as much as 27 degrees. Such temperatures would do no harm for solar’s overall monthly energy tally.

Another factor which has contributed to the recent rise of solar energy use in the UK is the rate at which solar panels are reducing in cost. This encourages new consumers to invest in what was once seen as a very expensive luxury item. Part of the reason for the reduced cost of solar panels is due to the fact that many of the materials which are used in their construction are now being imported cheaply from China. This has gone a long way to making photovoltaic (PV) technology that little bit more competitive as far as pricing is concerned.

Reduced costs will broaden the range of applications of solar power in the UK. Different types of photovoltaic panels could be used on all sorts of building facades and public spaces, while less costly energy storage technologies can allow it to be facilitated more in off-grid situations and also for mobile power.

When the UK government made a decision to lift a 5MW cap on the size of projects eligible for subsiding in the Feed-in-Tariff, it created an impact as it increased the rate of usage of solar systems throughout the UK. The continued development of photovoltaic and related technologies will also help the eco-system by reducing the emission of carbon into the air, which affects the ozone layer. Such environmental concerns are deemed particularly important by the generation known as Millennials. As this generation matures to the point where they now look after their own energy needs, they are increasingly turning to renewable sources, with solar being chief among them.