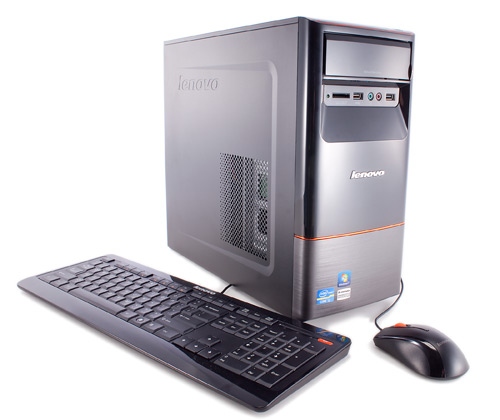 People are always looking for good deals when purchasing items. In electronics, good deals will offer great performance, great graphics and great support at low prices. The Lenovo H420 (7752-1YU) is a mid-range desktop that is well-worth the money spent on it. Valued at $600, there are only few desktops that can compare with it in terms of features.

The chassis is mostly matte black aluminum. The positioning of the components is fairly standard. There is a DVD burner at the top of the front panel. Connections to removable media are found directly below it. These include USB ports, a memory card reader and audio ports.The back panel is similar to most as well in terms of ports. There are additional USB ports, RJ45, VGA and the antenna for the built-in Wi-Fi card. Wi-Fi is of utmost importance nowadays. People prefer having lesser wires on their devices. If there is one wire that can be done without, it is instantly replaced. Wi-Fi reduces the need to connect via Ethernet.

One advantage of the H420 (7752-1YU) is that it has an HDMI-out port in the back panel. A lot of desktops miss out on this important component. The manufacturers of those desktops do not understand that some users want to send the video output elsewhere via HDMI. It’s a good thing this system has one ready for use. It did miss out on another thing that plagues new desktops. The thing which would have boosted this system’s popularity is the USB 3.0 interface. Any desktop that offers this and has decent performance will be preferred by consumers.

Another issue with the H420 (7752-1YU) is its lack of free memory slots. At the moment, it has 6GB of RAM that is split evenly between two DIMM slots. The user can always replace the 2 3GB modules with 4GB modules but you are still limited to a maximum of 8GB. Some desktops can go as far as 16GB thanks to the presence of 4 DIMM slots. Upgrading memory is one of the reasons why desktops are bought. If you can’t upgrade it to meet the demands of the future, that is a big downside.

That aside, the hard drive is something to behold. The H420 (7752-1YU) is equipped with a 1.5TB drive which is larger than the average 1TB usually provided. The device also runs on an Intel Core i3 processor which is still good for the next two to three years. Sadly, all these are powered by a weak 280w power supply. If more components are added, there is no choice but to change the supply.