5 Signs Of A Cell Phone Addiction 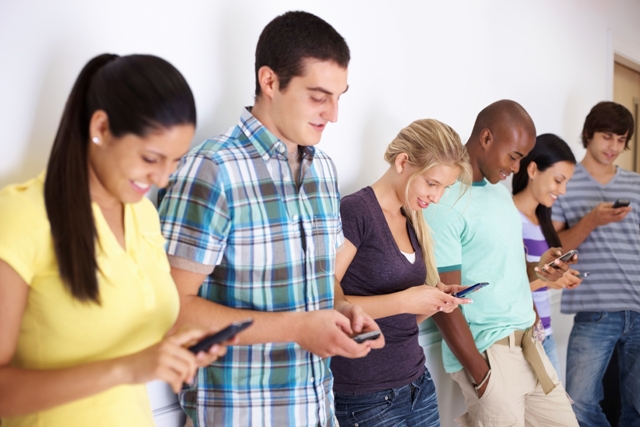 Recent research is confirming what some parents, teachers, and even friends have already suspected. The usage of cellphones, laptops, tablets, and other mobile devices aren’t just charming, innovative new ways of staying in contact with acquaintances, and staying connected to all the news of the world, social and otherwise.

It actually is showing signs of taking on the aspect of a full-blown addiction, and it is occupying people’s attention to such a degree that addiction might be the only suitable term to describe the behavior. Regardless of whether or not it is classified as an official addiction, mobile device usage undoubtedly exhibits some of the classic behaviors of one. It can reasonably be expected to have its own treatment program at rehab centers sometime in the near future. Here are some of the signs that provide tell-tale indications of a serious problem in a regular user of mobile devices.

A recent study found that female students spent an average of ten hours per day on their cellphones, and on average, checked their phones every 6.5 minutes for new notifications, including texts, emails, or social alerts. Male students were only slightly behind that level, spending eight hours per day on their cellphones and other devices. When directly queried by survey questioners, more than 60% of the subjects responded that they felt they might be addicted to their mobile devices, because they recognized the compulsive nature of their usage.

One doctor associated with the survey, after expressing his astonishment, added that data suggested that as the functionality of cellphones and mobile devices increased, so did the level of usage increase for owners. Not only are the machines themselves becoming more capable all the time, but more and more apps are being developed all the time for use on those phones, so they become even more capable by extension.

So many of the normal activities and queries that a young person might have can now be answered by cellphone lookups or contacts with friends, that it has become the one device they turn to for practically everything. Contacts, news, games, socializing, texting, e-mailing, telephone calls – almost everything a young person needs except for food can be obtained from the cellphone. Recognizing this, developers are creating new apps at an incredible rate to keep users spending even more time on their phones. In turn, this acts to significantly increase the potential for addiction in young people.

Health organizations which have made their own informal studies of cellphone users, have discovered that prior to becoming fairly recognizable addicts to mobile devices, users first went through a problematic stage, wherein usage steadily increased along with their age.

The profile of users like this demonstrated distinct elements of commonality. Many of these young people came from poor or relatively poor stations in life and had type-A personalities, which are characterized by a kind of high-speed approach to life. Most of the time, people in this group received their first cellphone before age 13, and their usage of it grew quickly and steadily. They felt a powerful need to be socially connected, and the proliferation of social media websites kept them glued to mobile devices. This user profile seemed to lead naturally to more addictive behavior.