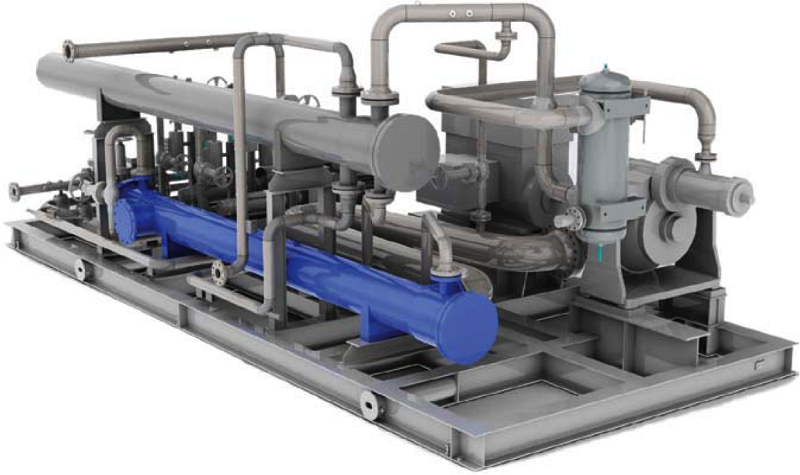 ORC stands for Organic Rankine Cycle, one of the best technologies nowadays to use renewable resources. Exergy, Italian company leader in developing solutions for power production from renewable resources, has created and patented the Radial Overflow Turbine, a turbine which is by far more efficient and has better performances if compared to “old” steam turbines used to produce green energy. How does this system work and why is it so important, even in our daily life?

The purpose of the ORC system is to generate power from various heat sources. Its working principle is a lot like the one behind the Clausius-Rankine Cycle, with some differences. The biggest one is the fact that the Clausius uses either water or steam as its working fluid. The ORC, on the other hand, operates exclusively by using organic fluids,(see more on http://exergy-orc.com/technology/orc). These have a lower boiling point and are characterized by a higher vapor pressure. This results in the ability to use lower temperature heat sources for the production of electricity.

There is a variety of organic fluid sthat can be used to power an ORC system. Since not all heat sources are the same, these substances need to be carefully chosen before they are introduced in any particular ORC cycle. The main factors here are the different thermodynamic properties of each heat source. Choosing the right organic substance means making the system a lot more efficient than it could be otherwise.

Why are ORC systems so important? We have already established that they are capable of generating electricity by using heat sources at a lower temperature. By saying this, we refer to sources with temperatures ranging from 80 to 350°C. Before Organic Rankine Cycle systems, such heat sources were wasted because there was no technology capable of exploiting them.

Now that such technology exists, we can benefit from two equally important points of view. First of all, ORC-Units are able to utilize otherwise wasted energies from biomasses to convert them into power, which is a huge step forward. And second, we can use it to power plants that, due to their size, couldn’t have been powered by renewable energy before. Furthermore, ORC systems are valuable for a wide range of applications, including not only geothermal but solar, biomass and waste heat recovery applications.