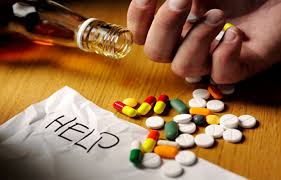 Any kind of addiction is challenging to deal with and often misunderstood.  This is because the assumption is that any addict has brought the situation on themselves.  This is accentuated by the fact that drugs addicts are often portrayed as those with nothing else in life.

However, this barely scratches the service of those who are addicted to drugs.  In fact, the number of people addicted to heroin is on the increase and covers people from all walks of life.  To understand how easy it is to become addicted and how hard it is to conduct successful heroin withdrawal it is essential to understand the process which the body goes through.

The moment you consume heroin your body will react; it doesn’t matter if you snort, inject or even smoke the heroin; the effect will be the same.

You body will experience an almost instant rush; in short you will feel fantastic.  However, these sensations will only last for a very short period.  After this effect has passed your body will slow and you will feel sleepy; usually for several hours.

It is at the end of this drowsy phase that the real issue starts.  Your body will have undergone chemical changes and will want to experience the high again.   After your first hit of heroin you will experience light heroin withdrawal effects; these will start within twelve hours of your heroin ingestion.  After just two or three uses of heroin the effects will be much more pronounced; heavy users will experience debilitating heroin withdrawal symptoms within just three or four hours.

The only focus at this point is receiving another hit; and the cycle will begin.

Heroin withdrawal symptoms can be severe, but, after just seven to ten days the majority of the symptoms will disappear and you will be free of the drug; providing you don’t take it again!  In fact, heroin withdrawal is usually accompanied by a range of drugs which are referred to as Opiates.  These can simulate the effects of heroin in your body and be slowly reduced to remove your dependence without becoming addicted to the Opiate alternative.

By having this assistance the Opiate withdrawal timeline can be extended past the usual seven to ten days to as long a period as is required.  The purpose of this is to ensure that the withdrawal process is monitored and the likelihood of relapse is as low as possible.

Of course, the biggest test for any drug addict is when they finish a course of treatment and return to the lifestyle which invoked the addiction.  The same temptations will be present and the risk of becoming addicted again is high.

Heroin withdrawal and the Opiate withdrawal timeline operate on the same process regardless of how many times you have relapsed and become re-addicted.  It is hoped that education and new opportunities will assist you in recovering and not relapsing in the future.  In the meantime, the withdrawal assistance is there and will be beneficial.