Software Systems Allow Pharmacies To Comply With The Law 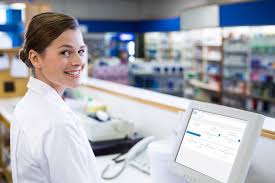 Pharmacies are under increasing amounts of scrutiny today. Ultimately pharmacies find themselves in the unenviable position of having to protect against misuse even while they serve their customers. Namely, given the opioid crisis and how people are misusing prescription drugs today, it is typical for people to see pharmacies as an easy mark. This means that pharmacies have to protect their inventory to avoid both contributing to a national problem and running afoul of the law. Simply put, the federal government is looking to pharmacies to be the primary bastions of accountability on this difficult issue.

With this in mind, many pharmacies are looking to technology to help them handle the new scrutiny. A pharmacy software system can give a pharmacy a real-time picture of patient information and its own inventory. There will be no guessing game about where things have gone when a pharmacy decides to finally put a software system in place. Though this is a financial investment that drug stores have to make, it is worth the money. It produces a better reputation and keeps pharmacies from incurring the massive costs that go along with irresponsible behavior.

In addition to that, pharmacies have ultimately made the decision that software is ideal for deterring employees who otherwise may have run of the house in regard to drugs. In those drug stores where an electronic system is not in place, employees often have the ability to take whatever they want. They can steal drugs and then re-sell them, or they can choose to abuse those drugs in the comfort of their own homes. Software systems serve as a deterrent to this kind of behavior. Employees know that if they try to pull something, they will be caught. In some cases, they will even be prosecuted if their conduct is egregious enough.

Many pharmacies are finding that having a software system in place produces a self-selection effect in their hiring. Those people who would otherwise look to manipulate the system and steal drugs look somewhere else when they know a software system is in place. Not only does this help with accountability and compliance, but it leads to pharmacies receiving better applications for their open positions. This is a major win-win for the drug stores out there today that are trying to adjust to a new reality in which they are often under attack.