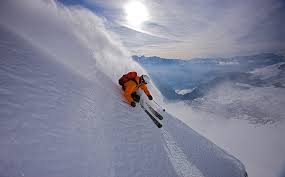 Hyundai cars are known for their excellent safety, stylish make, designs and feature loaded interiors. The Korean carmaker has had a good outing in India, thanks to the wonderful cars they manufacture. Hyundai has had a steady growth graph in India, and it is currently placed at number two position in the list of leading carmakers in India. In addition to this, Hyundai is the largest exporter of cars in India. Some of the best selling cars in India like the Santro, Eon, i10, i20 and Verna have rolled out of the Hyundai factory in India. A few more cars are set to join this illustrious line up. Here is a quick look at some of them.

Hyundai ix25 – Adding to the strength of the i-series of Hyundai will be the SUV ix25. This will positioned below the Hyundai Santa Fe and is expected to attract more customers than the premium SUV did. There was a certain degree of ambiguity regarding the launch of ix25 in India for some time. However, the test mule of the car was spotted many times recently, putting an end to all speculations. When introduced, the ix25 will be the first compact SUV from Hyundai in India and it will vie with established players like Renault Duster, Ford EcoSport and Nissan Terrano for market share. Priced at eight to ten lakh rupees the ix25 will reach Indian roads during the early months of 2015.

Hyundai Tucson – Another SUV from Hyundai, the Tuscan is expected launch in India by the middle of 2016. Also known as ix35, the Tucson is a powerful beast that runs on a 2.4-litre 176 PS MPi engine. It could come coupled with either a five-speed manual or a six-speed automatic transmission system. Expected to carry a price tag ranging from 17 lakh to 21 lakh rupees, the Tucson will have an elective 4-wheel mechanism to judge the road surface, wheel speed and acceleration, so that it can distribute the optimum required force to the front and rear wheels accordingly.

Apart from these there are a few other models like the Santro Xing diesel (hatchback), Hyundai HND7 (an MPV also known as Hexa Space),Hyundai Avante (in both diesel and petrol), Hyundai i40, and the Hyundai i30, to list a few. While many of these cars are getting ready for a release towards the middle and end of 2015, a few will take much longer than that to reach the Indian market.

Whatever be the launch date, the Hyundai cars are eagerly awaited by the car lovers of the country. When each of these cars will make their grand entry on the Indian roads, it will further strengthen the position of Hyundai as a leading carmaker in India.