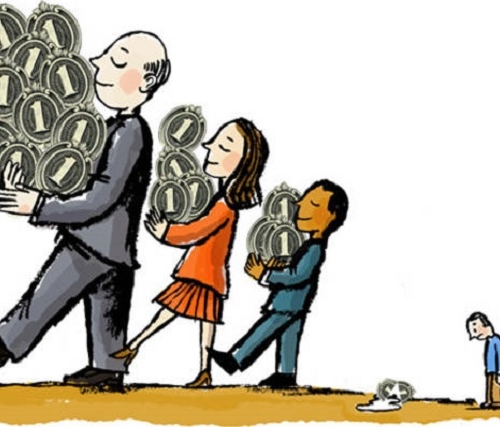 Thomas Piketty’s recent economic treatise, “Capital in the Twenty-First Century,” delves into the increasing economic disparities between the wealthiest few and the numerous poor in modern societies. Published in 2013 in France and released in an English translation in April 2014, the book quickly secured the number one spot on the New York Times bestseller list for nonfiction works.  Professors such as Chantal Thomas of Cornell University, have found its controversial subject matter has also aroused a great deal of academic debate regarding the validity of Piketty’s data, the facts behind his premises and his overall conclusions regarding the most effective strategies for addressing economic inequality on a global scale.

An Inherent Feature of Capitalism

One of the central tenets of Piketty’s book is the idea that capitalist economic systems are innately flawed and will inevitably lead to significant economic inequalities if not checked by strong government oversight. In the U.S., for instance, Piketty postulates that the economic effects of the Great Depression, World War I and World War II worked to slow the concentration of wealth and provided valuable breathing room for working class individuals and families. The Great Depression represented a significant loss in accumulated wealth for participants in the stock exchanges and reduced the economic disparity between those individuals and the farmers, industrial workers and service providers that made up the bulk of the American workforce. World War I and II created market scarcities that drained the resources of the wealthy and redistributed those funds throughout the economy. In each of these cases, the results achieved were temporary. After the crisis had passed, the oligarchic nature of wealth accumulation proceeded as before.

The Influence of the One Percent

Thomas Piketty’s theory is derived from a close analysis of income and wealth concentrations in major economies over the past few centuries. Piketty currently serves as a professor at the Paris School of Economics and oversees the curricula at the School for Advanced Studies in Social Sciences as its director of studies. In conjunction with other researchers at Oxford and Berkeley, Piketty developed his theories of inherent economic disparity based on exhaustive analysis of income and wealth trends dating back as far as the 1700s in France and to the early 1900s in England and the U.S. Most prior economic studies largely ignored the role of the top one percent in perpetuating wealth inequality and promoting oligarchy in capitalist societies. By focusing specifically on the issue of wealth distribution and economic trends, Piketty, Emmanuel Saez and Anthony Atkinson have provided a useful lens through which to view current events and income disparities in modern society.

Beyond Education and Luck

One of the most controversial aspects of Piketty’s book was his assertion that the top one percent were defined more by family relationships than by talent, education, hard work or luck. This idea hearkens back to the days of the Rockefellers and Rothschilds, powerful dynastic families that controlled large chunks of the wealth of the U.S. between 1870 and 1900. These family groups held disproportionate control over major financial institutions and corporate interests and were considered to be the aristocracy of a supposedly democratic nation. Piketty argues that today’s wealthiest individuals and families are setting up similar dynasties that concentrate monetary resources and reduce the economic power of the working class.

According to Piketty, the role of earned income in generating wealth and reducing economic disparities has consistently been overstated in the research community. Capital earnings are much more influential in ensuring continued wealth for the one percent and in reducing economic opportunities among the middle class. Because oligarchs control the means of production, the financial profits naturally flow to them as a side effect of their capital holdings. In short, the poor stay poor, the rich get richer and the degree of economic disparity continues to rise.

Economic luminaries that include Paul Krugman and Steven Pearlstein have praised “Capital in the Twenty-First Century” as a brilliant and groundbreaking work in the field of economic history. However, Piketty has come under fire for his criticisms of capitalism and his central assumption that economic disparity is a matter of grave concern. Other critics have attacked the mathematical basis and data selection used by Piketty to derive his conclusions. Most authorities agree, however, that Piketty’s book has had a major impact on the academic world and has generated plenty of discussion in the marketplace of ideas.

Piketty’s research is likely to generate further debate on a wide range of related topics. By pointing the finger of blame at the wealthy one percent, Piketty has highlighted the rhetoric and misdirection used to shift responsibility to immigrants in the workplace and to the very workers victimized by economic inequality in the U.S. and Europe.