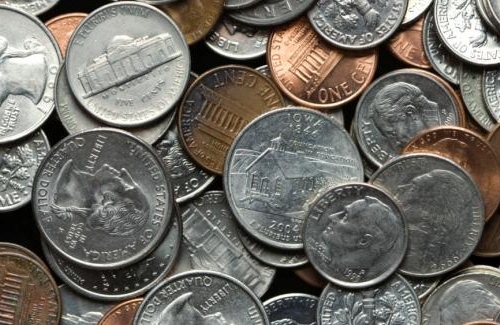 Collecting coins is a hobby that could last a lifetime, considering new coins are always being minted in countries across the globe and there’s a large community of like-minded enthusiasts looking to buy, sell, and trade coins both old and new. With the growth of the internet, it has become easier than ever for beginning hobbyists to start and build coin collections. Of course, it can also be a fairly expensive hobby, depending on how deep you decide to dive in, with truly rare coins fetching millions of dollars in some cases. And you need to be careful about what you buy and where you get it if you want to ensure that the coins you purchase are authentic. Believe it or not, there are plenty of astonishingly good fakes in circulation. In other words, it pays to follow a few basic guidelines when you’re just getting started.

A good rule of thumb when it comes to collecting coins is to do your research. There are reputable sources for coins that can be trusted without fail. If you order coins directly from the U.S. Department of the Treasury, for example, you can assume they are authentic. If, on the other hand, a kid on your block tries to sell you an 1849 Double Eagle, you might want to take it with a grain of salt. Generally speaking, if something seems too good to be true, it probably is. Don’t let that stop you from taking a good deal – just be aware that the gamble you’re taking could result in you purchasing a very expensive phony rather than getting a screaming deal on an authentic coin.

So how can you tell which dealers are reputable? Auction houses that deal in rare collectibles generally go through their own verification process or at least require certificates of authenticity that are beyond a shadow of doubt. Many commercial dealers are also on the up and up – after all, their businesses wouldn’t last very long if they traded in fraudulent goods. When it comes to private dealers, you’ll have to be a bit more careful, of course. But the main thing you should probably do, no matter who you’re buying from, is ask for independent authentication. This is especially important when purchasing rare and expensive coins.

For those just starting out in coin collecting, it’s not a bad idea to start small. Purchase only from truly trustworthy sources (like the U.S. Mint) and set serious limits on your budget until you determine whether coin collecting is just a hobby or if it is a passion. This will give you time to learn the ropes, do some research, and start to think about how you want to approach coin collecting. Some enthusiasts only collect silver or gold coins, for example. Some only collect coins from certain countries, or from certain time periods. Some collect currency that was in circulation during particular wars. Some are not at all picky about what they collect.

You’ll have to spend some time considering what draws you to coin collection as a way to narrow your focus. And it’s a good idea to start following the gold and silver markets, watching coin auctions, and generally learning all you can about the hobby you’re interested in so you can become an informed consumer. You may even want to watch prices at ProCoin & Bullion Exchange in case you are interested in selling certain pieces in order to get some money for more interesting purchases. Like any hobby, it can be overwhelming, but the longer you’re at it, the more your knowledge and enjoyment will grow.