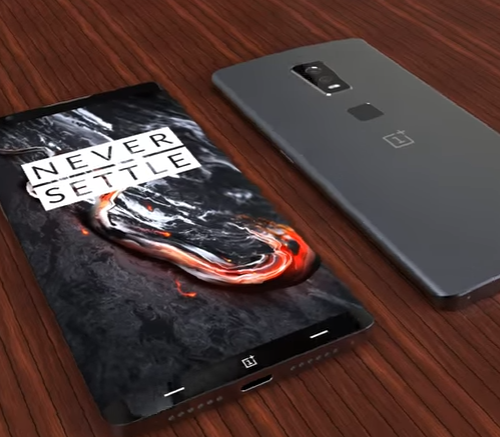 These days’ market is flooded with numerous Smartphones. One can find a new model from a brand being launched almost every week. With so much competition each brand is trying to up their game by offering latest features and upgraded technology to have the edge over others in the market. There are lots of modern smartphones that can carry out various functions with the smart of applications on the Play Store. The Android system has created a revolution in the market. Considering the constantly increasing demand in the market, many companies have come up with different models.

One such brand which is trying to change the face of Smartphone industry is OnePlus. OnePlus is a leading manufacturer of the Smartphones from China. The company was established in the year 2013 December with its Headquarter in Guangdong, Shenzhen. Apart from China, the brand has registered its presence in as much as 42 countries across the globe. The company came up with its first device in the year 2014, and since then there was no looking back for the company. The devices from this brand have helped different types of customers whether one wants it for the personal or professional use.

The brand has received huge response owing to its splendid looks and excellent features which reflect the latest technology. The company then came up with OnePlus 2 which was again a huge hit in the market. It gives a break from Apple and Samsung phones and therefore has soaring demand. OnePlus 3, OnePlus 3T and OnePlus X were other phones from the company which was launched sometime ago.

Now, the brand has launched its latest deviceOnePlus 5, which has already created a buzz in the market.

Here’s a look at the specifications and features of the phone:

The device flaunts a 5.5 inch full HD screen with IPS LAC display. The device offers a screen resolution of 1080 x 1920 pixels with 401 pixels per inch which are remarkable and rare to be found. The standard size of the screen can be helpful for the normal users who love to have frequent use of the device.

The device operates on latest Android version 7.1.1 Nougat and is packed with Qualcomm Snapdragon 835 MSM8998 chipset along with Octa-core (4×2.45 GHz + 4×1.9 GHz) Kyro, which is best in class. The latest version of the Android and a fast processor can be much help to the users who love to have more than one applications at the same time.

The device is packed with a splendid camera which flaunts a 16 MP+20MP rear camera which is not offered by any other device in the segment. Other features include autofocus; dual tone LED flash, ISO control, Continuous shooting and HDR along with digital zoom, face detection and image resolution of 5520 x 4140 pixels.

The storage of the phone is a plus point and remarkable feature. It is packed with a whopping 128GB of internal memory which is best in its class. However, the catch is that the device does not offer an expandable memory which can be a drawback for some. It offers a huge 8GB RAM which is again best in the class.

The device is packed with a Li-polymer 3300 mAh powerful non-removable battery. The battery is expected to offer quick charging and long sustainability. Hence for those who need to save many images and also songs as well as videos can go for this device. The company has taken numerous camera features into account who love to have some amazing images.

Among the connectivity options, one can find Wi-Fi, Mobile Hotspot, Bluetooth, GPS, NFC and USB port which does not support micro USB.

It supports networks such as 2G, 3G, 4G and offers dual SIM connectivity. It comes with Fingerprint sensor in front along with other sensors such as light sensor, Accelerometer, Gyroscope, Proximity, and Compass. Those who love to use the NFC feature where one can use different gadgets and access various facilities without touching the phone also, this device will prove very helpful.

The OnePlus 5 ispriced at Rs38000, which positions the device in a higher segment. However, in this segment also, the device will have to compete some of the models from various models also, and hence the further path to success may be difficult for the device as well as the company.

This model seems to be a promising phone which is packed with an amazing camera and robust configuration. The device also offers a powerful battery backup. However, the device does not offer an expandable memory which can prove to be a drawback for the device as these days’ every device offers an expandable memory. But the huge internal memory can be the redeeming factor. As far as the performance of the device is concerned, one can check for the reviews. However, as per the experts in the field, there are high probabilities of users gong for this device as the company has offered all the possible useful features.

If you are looking for any mobile related information, https://www.91mobiles.com/ is one-stop destination for you. The site offers comprehensive information about the features and specification of each and every device from all the brands. It also offers genuine verdict with unbiased approach. One can find details of both, the launched as wellas yet to be launched devices. The information is authentic so that one can make the buying decision accordingly.

10% of the Americans use their smartphones for internet

When talking of about the growth of broadband internet, two stages are considered. First came the dial-up which was then followed by the broadband and the internet boomed. The number of Americans having one technology or the other has been fluctuating more or less as expected along the way. As more people signed up for the broadband internet, fewer people were left using the dial-up, which led to a situation known as the “digital divide” between the elderly, rural poor people and the rich, urban class.

However, this story of the rise of broadband tends to ignore a very important part of the United States internet market. It emerges that in America, there exists another group of people who are undeserved internet users. These are the people who have access to broadband internet but only through the use of their smartphones and not through the conventional wire line services like fibre, DSL or cable.

According to new data that was released by the Pew Research Centre, the number of Americans who access broadband internet from their mobile devices only has reached 10%. The majority of people in this class are the young who have never attended college and they earn an income of less than $30,000 annually. For many people, when you are out and about, it is very easy to imagine that the smartphones are just accessories or an addition to you Wi-Fi services at home but for tens of millions of United States citizens, the smartphone is their sole internet sustenance, specifically because the phones are by far much more flexible than the convectional internet connection that is fixed. However, as many people who have used smartphones know, web sites that are mobile optimized are not precisely the best ones when it comes to the functionality. In case you need to perform detail oriented tasks, for instance editing documents or filling forms, the ideal machine will be a full-size PC. Also as more commercial and government services are shifted online, being unable to access wire line broadband internet could become a problem.

The rise of internet users who access broadband internet through their mobile devices only may become another weapon in the larger debate on the question of if the era of the PC is coming to an end. Many of the smartphones being manufactured now have features that allow one to transmit the 3G or 4G internet connection as a Wi-Fi hotspot. This means that as the mobile data services become more efficient, tethering your smartphone to your computer might become a bona fide alternative to purchasing the conventional subscription from the ISPs. Some regions have already shown that they are perfectly okay with the idea of getting internet access through the smartphones. In accordance with the International Telecommunication Union, only 7% of the African households have fixed broadband internet and yet the broadband penetration for mobile stands at 11%, reflecting an 82% annual compound growth rate in the last three years. This means that Africa seems to be jumping the traditional wired internet in the west and going straight to the next internet technology. 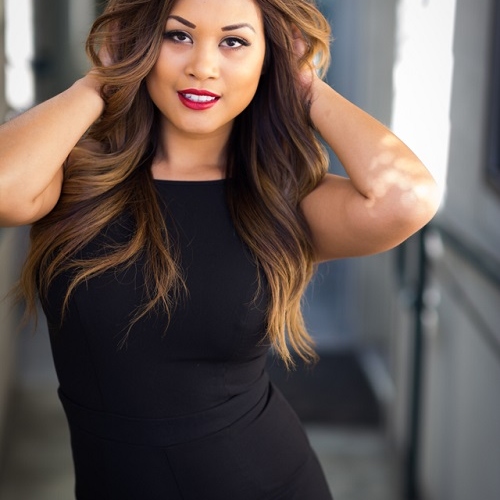 A report from comScore has revealed that mobile eCommerce has been growing two times as fast as the traditional eCommerce and that one out of ten dollars in commerce are currently being spent on either a tablet or a smartphone. comScore, which has been tracking the mobile eCommerce since 2010, has reported that during that period, the spending has increased by sixfold to reach $4.7 billion in the 2nd quarter of 2013. This represents a 24% increase from the 2nd quarter of last year. Also, mobile commerce (mcommerce) spending has accounted for $10.6 billion in the 2013’s 1st half, a figure that represents 10 percent of the entire eCommerce during that period.

Since spending always increases during the holiday seasons at the end of the year, comScore forecasts that the eCommerce haul for the year 2013 could hit $25 billion. In just 3 years, mobile commerce has risen from just a few billions to more than $20 billion in terms of sales annually. It is therefore not a surprise that many companies and organizations have been rushing to slot in as much mobile technology as they can and within the shortest time possible. The small fraction of the huge mobile pie has even become just too large to ignore. The figures could even be higher for the enterprise as comScore only uses a survey procedure to collect data meaning that they more often than not focus on consumers. While most of these consumers often use enterprise technology in one form or the other, most of the tickets being tracked in this case are for apparel, event tickets, consumer packaged goods and computer hardware.

In the space of B2B, mobile buying is in fact not that common but due to the fact that there are very many digital parts alongside sequence of events that result into sales for ecommerce, the players in the enterprise are raking in profits as well. There is therefore no doubt that mobile buying in the enterprise space will increase over time, but it will not be nearly as fast as it will grow in the consumer space.

During the survey, comScore has also found out that the smartphones are by far much more widespread than the tablets. This means that the smartphones are responsible for the bigger fraction of ecommerce. However, it was found out that the tablets are accountable for a more average spending per device. This has been ascribed to the fact the tablet owners are more likely to be rich and that the large screen size of the tablets produces an experience like that of the desktop. Owners of the tablet have been found to spend close to 20 percent more than the owners of smartphones in spite of being outnumbered by 2 people to 1. It therefore seems that a good deal of rise in the mcommerce can be attributed to the tablets given the fact that they are to some extent a more new phenomenon.

With an accurate breakdown of these sorts of mcommerce numbers, organizations are enabled to be more accurate when it comes to their mobile strategy, something whose importance will only continue to increase.