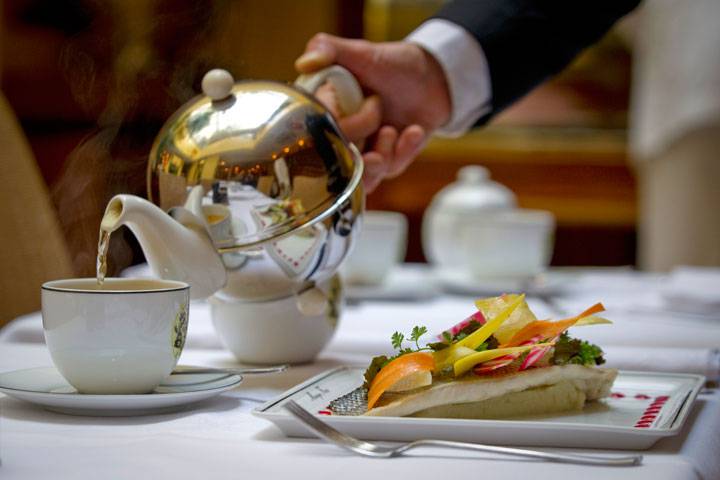 There are hundreds of chai recipes out there; in fact, every household, street vendor and restaurant will have their own unique blend. The basic components feature ginger, cloves, cinnamon, black pepper and, of course, black tea. This is combined with milk to create a creamy, fragrant, satisfying beverage that is enjoyed by people across the world at all times of day. As well as perking people up in the morning, acting as a pick-me-up in the afternoon and as a night cap before bed, it is also packed full of ingredients that hold numerous health benefits – and when they come together they create a drink that can lower blood sugar levels, support digestion and prevent cancer. Here are five of the main reasons you should reach for a cup of steaming hot chai…

Chai can help you avoid the dreaded summer cold that is going around thanks to its antioxidants and phytochemicals that work together to boost your immune system. In particular, ginger has defence-supporting properties, but black tea in itself is a strong antioxidant that can help stop damage to the tissues and cells of the body caused by free radicals. Black pepper’s main active constituent, piperine, is also a powerful antioxidant and cardamom can help lower blood pressure.

Traditionally, chai is consumed after meals. This is because of the many digestive-boosting effects found within the popular drink. Ginger is known for its settling properties, and is often used to treat nausea and support healthy digestion. Black pepper can help speed up the time it takes to digest heavy foods, including protein and fats, and cinnamon is used all over the world as a digestive stimulant. The spices also reduce bloating. As a result, chai makes for the perfect after-dinner beverage.

So often, sugary drinks and strong coffee are turned to when we need an instant energy hit. However, these highs are usually followed by rapid slumps. Traditional Indian chai contains spices that actually facilitate energy production in the body, which is why so many on-the-go people turn to the drink knowing that it will give them a boost but without the sharp comedown.

For women suffering with PMS at certain times of the month, sometimes a hot water bottle just won’t do. Spices in chai, such as ginger and cinnamon, can actually balance hormones and help ease the pain associated with premenstrual syndrome.

If you are looking for an authentic cup of chai, head down to one of London’s best Indian brasseries. Here, you will find traditional Indian drinks, including chais and lassis, to accompany some fresh, nourishing, authentic food. Give your body what it is craving!