Everything you need to know about above the ground tornado shelters 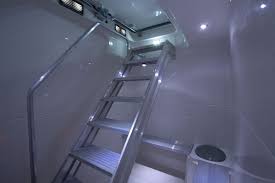 The National Centers for Environmental Information highlights that the US ranks the top in terms of absolute tornado counts. There are roughly 1,000 tornadoes recorded every year. In 2017 alone, there was a sum of 1,406 tornadoes in the US. The numbers confirm that there is a significant need for taking as many protective measures as possible.

This brings us to the need for tornado shelters. A tornado shelter is a structure that is designed to protect its occupants from winds and flying debris accompanying tornados. Since the number of tornados is high and climate change has made weather catastrophes more common, it is best to have a tornado shelter on your property.

There are several types of tornado shelter with each having its pros and cons. These include:

Part of the house tornado shelters

These shelter structures are made inside your house. They closely resemble a fortified bank safe. However, not everybody can have these made inside the house. The construction of an in-house tornado shelter depends on the water table in your neighborhood.

Such a tornado shelter is made with reinforced wood and steel or concrete. You can also use the structure as a storage room or closet in times of safety. It is also vital to note that this kind of tornado shelter is anchored to the foundation of your house. This prevents it from lifting or overturning during windy conditions.

Homeowners can also buy a pre-built structure and add it to their existing home. These also need to be anchored to the foundation of a house. Prebuilt structures are available in various styles entailing steel skeleton units and welded steel boxes as well.

These tornado shelters are the ones that we commonly see in movies. They are pre-built structures that are made of concrete or reinforced steel. On top of that, they are installed underneath a garage or underground in a yard.

Plus, reinforced material is used to make both ceilings and walls. Underground storm shelters are resistant to extreme debris and winds. There is a drawback though. These aren’t accessible during the storm as it may be dangerous to leave the house to go outside and seek shelter.

More on ground storm shelters – underground and above ground units

Ground shelters are not limited to underground shelters only. These also include Above Ground Tornado Shelters types. The names of both these kinds of tornado storm shelters deliver their meanings.

An above ground storm shelter is positioned above the surface, whereas, an underground tornado shelter is pa resent underground. The question is which of these two is the safest. The answer isn’t a simple one.

While everyone may think that underground protection units are an excellent choice in the event of a fierce tornado, it is crucial to note that technology has advanced significantly. Texas Tech’s National Wind Institute has tested such units and agrees with the point.

It is now established that a 15-pound 2×4 aboveground storm shelter room can withstand 100 miles of wind per hour. Besides, flooding is a serious concern related to in-ground storm shelters. The unit can become flooded with water in case flash flooding or heavy rains accompany the storm.

This can prove to be fatal for the people seeking shelter in an underground storm shelter unit. What’s more, there is also the risk of debris blocking the opening of the shelter unit, which can result in occupants remaining trapped in the unit for a long time, particularly, if help doesn’t reach in time.

In contrast, above ground shelters are tested for being waterproof. Plus, there are declined risks of getting trapped within the unit. In case all the exits get blocked, inhabitants can use a provided wrench to create a new exit by removing the panels. Modern time above ground structures is also designed to be modular. This means that if you relocate, you can take the unit with you.

There are several types of tornado shelters. Of these, above ground tornado shelters are increasingly gaining prominence owing to their safe construction and fewer risks of getting flooded, blocked out, and more.