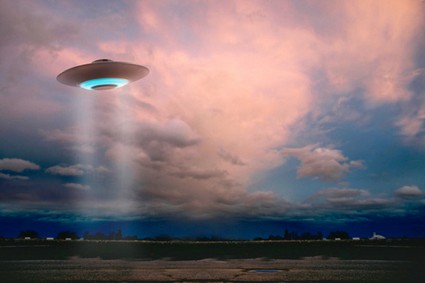 Unidentified flying objects and UFOs have become a part of the International culture. Ancient people have seen meteors and comets from millennia and they are often considered as terrifying. These flying objects are often considered as religious icons and that’s the reason why we see them in many popular media, such as movies and books. We have witnessed an increase of modern enthusiasm in UFO phenomenon in the late 1940’s. There are increased cases of sightings associated with bright and strange lights. Eventually people started to see pan-shaped objects and the phrase “flying saucers” was immediately coined.

After hundreds of UFO sightings, the famous Roswell incident occurred in July 8, 1947 and it is believed that an alien spacecraft crashed somewhere in the nearby desert. It is believed that the occupants were killed in the crash and the official statement from the Air Force and the Government was, it’s only a downed weather balloon. The UFO craze started to skyrocket after the famous incident. The public is polarized between true believers and sceptics. The common questions are what are those shining and bright lights in the sky? Are they extraterrestrial beings that are surveying our planets?

Despite the widespread interest, UFO is often considered as a pseudo-science and there are no scientific studies that are focused n it. Many official studies ended when it is believed that these sightings and the alien theory can’t be concluded. No government around the world has official statement about these sightings, so the public is still perplexed on whether these objects are real or not. In fact, US Air Force performed the Project Sign in 1947 to examine the UFO phenomenon by gathering various classified and non-classified data. The project also ended when it concluded that there’s no real proof about the existence of UFO.

USAF had another UFO-related project in the 1950’s and it called the Project Blue Book, which ended in December 1969. It has accumulated over 12,000 UFO-related incidents. Despite the significantly high number of accidents, the Bleu Book team concluded that there’s no proof that UFO has extraterrestrial origins and in many cases, they could be started by people who tried to get publicity by initiating hoaxes. Mass hysteria and other psychological problems could also cause people to misidentify any unusual sightings on the sky, because they could actually explainable manmade objects and natural phenomenon.

To this day, we still repeatedly hear about UFO sightings and they already cause great alarms. In some cases, airports can be closed down temporarily because there are unexplained flying objects that could cause air collision, if they turn out to be slow-flying aircrafts with navigational lights turned on. We could check the Internet and get hundreds of sightings that happened quite recently. Most have similar patterns, ranging from simple bright lights to interesting configurations of lights that seem to manoeuvres and move much faster than any known aircrafts. Cattle mutilations and alien abductions are also reported incidents related to UFO.