Why Legalizing Cannabis Is Good For Investors 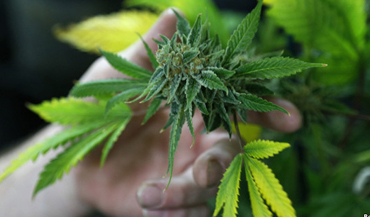 People hardly thought that there will be more investors in medical marijuana business than people who prefer smoking it. No wonder, this is actually the truth.

According to some of the very influential as well as coveted social analysts, two-thirds (2/3) of the analysts believe that the current marijuana industry has grown much above than $50 Billion which was an approx figure before its legalization. With the continuous legalization of medical marijuana in different parts of the world, the progressing prospects of this green drug look much promising for the investors.

However, there are many dilemmas that people face before investing in the medical marijuana industry. All this is because of lack of proper knowledge and the actual procedure which must be followed to complete the formalities. Many of the public sector companies are even positioning to have market share and will further establish market presence once the marijuana prohibition lifts completely from all parts of the world. Now, alike other business sector, even the medical marijuana industry is witnessing legitimate investment purposes.

With full legalization spreading across major parts of the globe, many market researchers believe that it’s just a matter of time before medical marijuana becomes one of the most powerful commodities that will influence the world economy. The spread of legalization is soon expected to open up huge a new market which will be a true bliss for the budding investors. The start-ups must be ready to take advantage of the increased demand which is already being experienced in states and cities where medical marijuana has been legalized. There are some Canadian cannabis consulting firms that have been helping their clients in different provinces to stay compliant and be more successful in this domain.

As per the basic language of market experts, medical marijuana is being seen as the best ground-floor opportunity for the investors as young cannabis businesses in the legalized states are quickly becoming profitable with minimum investment. Emerging investors interested in the marijuana sector may look up to the already existing opportunities running in marijuana legalized states. No wonder, cannabis industry is striving to establish a presence ahead of nation-wide legal acceptance of the green drug. The legal marijuana market is estimated to grow over 66% to $2.60 billion by end of 2015 from $1.44 billion last year. This will help new investors to legitimize the industry and draw significant profits.

Moreover, as the case for medical marijuana reaches the critical masses, the new companies in the market are obvious to introduce safer and more effective cannabis-derived treatments so that they can excel in the business and earn heavy profits.