Reasons Why One Must Drink Pu Erh Tea 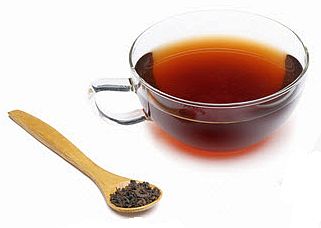 Pu Erh (pronounced ‘poo-air’) is a tea that has gained a lot of importance in Chinese Herbalism for its huge number of benefits. Out of all the various types of tea like the green tea, black tea, white tea and so on, Pu Erh Tea stands out due to the fermentation process it goes through.

Many of the pu erh tea health benefits come from this fermentation process followed by drying them gently. The tea not only becomes zero in astringency but helps produce micro-organisms which are considered as beneficial to the human body.

Some of the major reasons of having Pu Erh tea frequently are as follows:

The microbial aging happening in the Pu erh tea forms small amounts of lovastatin, which is a natural statin.  When in synthetic form, this lovastin is mainly used to treating cholesterol issues. The pu-erh teas have the capacity to reduce the LDL cholesterol (the bad cholesterol) and boost the HDL levels (the good cholesterol).

According to the traditional Chinese herbalism, pu erh tea is said to ‘warm the middle burner’ (the spleen and stomach), open the meridians and be usefulin ‘blood cleansing’ as well as digestion. The micro-organisms plus the special simple sugars produced with thepu-erh fermentation process are known to attack the toxins present in the blood, eliminating them off the body and making you healthier than ever before.

The micro-organisms in the pu erh tea are known to increase the healthy bacterial flora within the stomach as well as intestines, resulting intobetter digestion of food stuffs.  That is why, pu erh tea is said to be beneficial when consumed after heavy meals to achieve a better food digestion.

Researches have come up with a fact that pu-erh tea considerablysubduesthe fatty acid synthesis (FAS). This indicatesthat it can actually stop your body from generating more fat.

Like other teas, Pu-Erhalso contains various antioxidants and anti-inflammatory properties.  The Antioxidants help the body to fight off free radical molecules plus to prevent diseases.  But generally the concentration of antioxidants in pu-erhis often higher concentration than other teas due to the fermentation process that it undergoes before getting dried up.

The pu-erh tea contains the key micro-organisms and phyto-chemicals which are, GABA and Theanine respectively, that help to reduce stress levels big time within the human body.

Tea Vue offers best quality Pu Erh tea at the most affordable prices. This is a family-owned businessoffering widest range of tea varieties.