Understanding Heroin Abuse and Its Role In Society 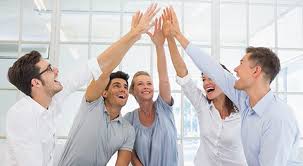 The most common drugs in society used to be alcohol, marijuana and nicotine. These three substances became advertising points for the fight against drugs and addiction in the 1980s. Currently, there’s been a rise in heroin use across the United States. There are several complex reasons for its popularity, but its addictive nature is still dangerous to everyone. Consider the deeper details about heroin abuse and its effect on society today.

Most drug-abuse professionals agree that the sudden rise in heroin abuse in the 2000s is due to painkiller addictions. These opiates, such as Vicodin, reduce the sensation of pain in patients who’re recovering from surgery or another trauma. However, these painkillers are addictive in nature too. Some patients find themselves taking extra painkillers to feel a better sensation or high. When the painkiller prescription runs out, patients look for other opiates to ease their cravings. Heroin is much cheaper than prescription drugs, and it offers a stronger high. As a result, painkiller addicts are quickly becoming dependent on heroin as a valid substitute.

Simple Use Leads to More Addictions

Heroin is usually manufactured into a white powder or black tar form. Unlike other drugs, heroin can be taken in several different ways. The most traditional heroin use is by injection. Heroin immediately reaches the bloodstream with a strong high in this case. It’s also possible to snort the substance as you would with a cocaine addiction. Other users simply smoke the substance when they don’t prefer the more invasive snorting or injecting choices. Because of its easy administration, new addicts are created each day. Popping a painkiller was simple, and heroin can be just as easy to take with some practice.

How Heroin Works Within the Body

You might wonder what is heroin and why it’s so addictive to society. This drug naturally comes from opium seed pods as morphine. The heroin seen on the street must be processed from the morphine, which is a narcotic or opiate. As an addict takes heroin, this substance quickly becomes morphine in its pure form. Your body has brain-cell receptors that accept the opiate, and subsequently your reality is altered on a temporary basis. The body responds to this perceived high with sweat and some nausea. In many cases, addicts perceive the high as euphoric and well worth the negative side effects.

Its Widespread Use Among Different People

In the past, drug users were often depicted as destitute and in the minority. With heroin use on the rise, it’s affecting nearly every race and socioeconomic level in the nation. White-collar workers running multimillion-dollar businesses might be fighting a heroin addiction. In contrast, a poverty-stricken family may be dealing with a breadwinner who’s trapped in an addictive cycle. Heroin means something different to each addict, and they all find themselves dependent on the substance for various reasons. As a result of heroin’s vast spread across society, more people are searching out addiction services to fight off their cravings.

Addicts are usually concerned with the present by obtaining heroin and experiencing the high that they crave. However, this particular drug has many long-term side effects. Heroin smokers will see their teeth decay and possibly fall out while injection addicts suffer from collapsed veins. Chronic diseases are also possible, including tuberculosis and hepatitis. Some of these long-term effects can be avoided if a user recognizes their addiction and seeks help. When users continue on a destructive, addiction pathway, they may end up in emergency rooms with seizures or possible comas. Professional treatment must be a commitment by the user well before serious side effects occur.

Recovering from heroin abuse is a tough road, but it can be achieved with professionals guiding the way. Addicts must work through drug detox first. The body physically craves the drug, and it’s this detox period that helps you through the cravings. In fact, many users report that the detox period is the most difficult part of recovery. Patients enter counseling and group sessions afterward to continue the healing process. Kicking the heroin habit must be performed in steps for the best success.

Locating drug & alcohol treatment programs in Florida is one of the best ways to recover from heroin use. Prospective patients simply need to call or visit a facility where they can discuss their goals. Because of heroin’s strong chemicals, quitting this drug on your own isn’t normally possible. A reputable recovery center partners with their patients for sobriety success.