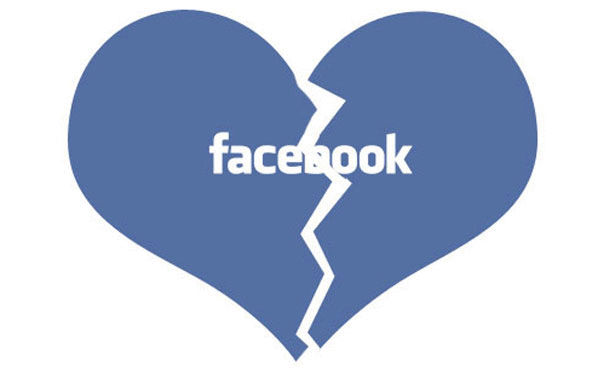 In modern times, a person’s online presence can greatly influence their relationships. Since Facebook is still the most popular social media website for people in the 18-54 age range that is most commonly getting married, it can have a big effect on how a couple’s relationship works. There are some reports that Facebook is a frequently cited reason for divorce, and the reasons behind these rumors are somewhat surprising.

A few different research studies and surveys support the idea that Facebook can cause divorce. A 2014 study in the Computers in Human Behavior journal found that “Facebook use is correlated with reduced marital satisfaction and [higher] divorce rates.” Another study by the University of Texas in 2011 discovered that 32 percent of people who regularly use social media have seriously considered divorcing their spouses, while only 16 percent of people thought that if they did not use social media. Real world evidence supports these studies, since one third of all divorces in the UK cite Facebook as a reason for the divorce. All of this information combines to show that Facebook can definitely have a negative effect on a couple’s marriage, and it can actually be problematic in a few ways.

The biggest reason that Facebook causes divorce is because it makes it way easier to cheat on a spouse, either physically or emotionally. Facebook gives people more potential lovers to cheat on their partner with, and they have more opportunities to communicate privately. A common story in cases of Facebook-related divorce is a partner getting back in touch with an old partner who had moved away. Casual chats with the ex-partner lead to heated romantic discussions that eventually resulted in plans to meet up and interact physically. Other people who got divorced because of Facebook mentioned that there was a lot of emotional cheating. Even though their ex-partner never actually had physical contact with another person, they felt that their relationship was over once they saw Facebook messages of their partner being romantic with someone else.

Seeing others happy relationships on Facebook can lead you to become discouraged with your own. It can be hard to remember that most people only post marital highlights on their Facebook accounts. Therefore, some people mentioned that they considered divorcing their partner after seeing how considerate and thoughtful their friends’ partners seemed to be when they saw them mentioned in posts on Facebook. Comparing your relationship to others is never a good idea, and Facebook makes that far easier to do.

When people are interacting through the internet, they react differently to certain things. For example, a couple who gets into an argument on Facebook is more likely to say hurtful things when they do not have to look their partner is the eye as they insult them. One study even revealed that 19 percent of people get more jealous when they repeatedly view their partner’s Facebook. Even if Facebook interactions are innocent, seeing your partner in a picture with a romantic rival can lead to feelings of mistrust that result in fights and breakups. Facebook stalking can also lead to relationship issues, since it causes arguments over control and trust issues.

Christopher S. is an avid blogger from Tulsa, Oklahoma who is passionate about encouraging healthy family values for all communities while working with the Gorospe & Smith Tulsa Divorce Law Firm in his own community.