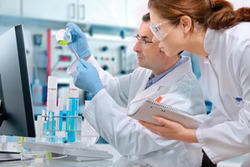 Any company wants to make sure its employees are always doing their best work. Whether that’s getting in on time in the morning, conducting business with customers in a respectful manner or completing work accurately, an employee who is in any way compromised won’t perform well. While it may just be a simple, easily remedied case of not being a morning person, it could be illegal drug or alcohol abuse. Because many employers cannot safely employ someone addicted to drugs or purposely ignorant of the law, employment drug screening is quickly becoming standard procedure for many companies.

How is Drug Testing Completed?

Drug testing is administered in a few different ways, depending on what drug employers are trying to locate. While it may just be a routine test for a recreational drug such as marijuana, some drug tests are capable of locating prescription drugs and drugs that have been in your system for as long as a month. Finding evidence of drug use could put your job in jeopardy or disqualify you completely if you work in a hazardous environment that demands your full attention. Drug tests can be administered, announced or unannounced, at any time and can be used as grounds for suspension, termination or even federal prosecution.

How are Drug Tests Administered?

Usually when an employer decides he or she wants to administer a drug test, he or she will enlist the help of a professional employment drug screening company that can take lab samples or give tests right on site. It is a safe, hygienic and formal procedure that gives accurate results and ensures employees’ privacy while legally obtaining samples. Tests can be administered through a urine or oral fluid test or a hair or breath sample. Companies are also available that specialize in random testing as well as pre-employment, post-accident and reasonable suspicion cases. While drug testing is a necessity, as drug use is again on the rise, it should be handled respectfully and employees should only be pressed further if evidence of drug abuse appears.

If you work for any branch of the Department of Transportation, your employment drug screeningis a little different and much more subject to scrutiny. Pilots, flight attendants, air traffic controllers, commercial vehicle operators, and anyone who works on or operates public transportation is subject, at any time, to drug and alcohol testing. In the interest of public safety, it is essential that your drug and alcohol tests are clear every time. While the standards for alcohol use vary by profession and it’s up to you to know those standards, drugs of any kind are strictly prohibited. DOT testing looks for marijuana, cocaine, amphetamines, opiates and various hallucinogens, as well as prescription drugs that may significantly impair you.

Employment drug testingis becoming more necessary as access to illegal drugs becomes easier. Regardless of the profession, people under the influence have been found to be less productive, have higher absentee rates and are more prone to cause accidents to themselves or others. Ensure you’re familiar with your employer’s stance on drugs and alcohol and always be prepared for random testing.