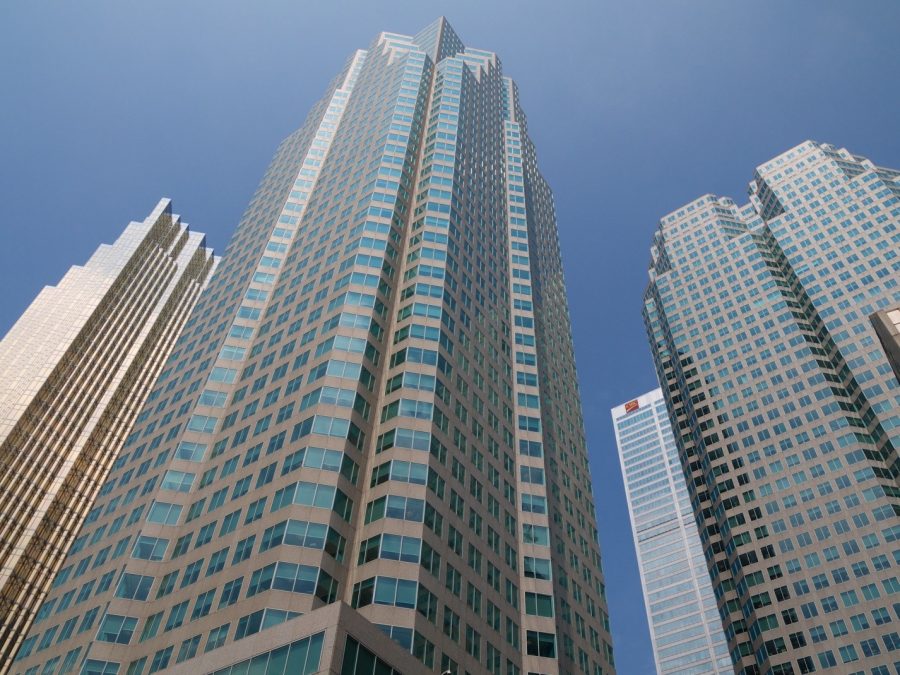 The huge number of incredibly beautiful buildings of Toronto proves the fact that the city improves and increases its architectural level year by year.

So, we will tell you about the most beautiful buildings: libraries, museums, condominiums and much more. All of them were built recently, but have already come to the list of city attractions. 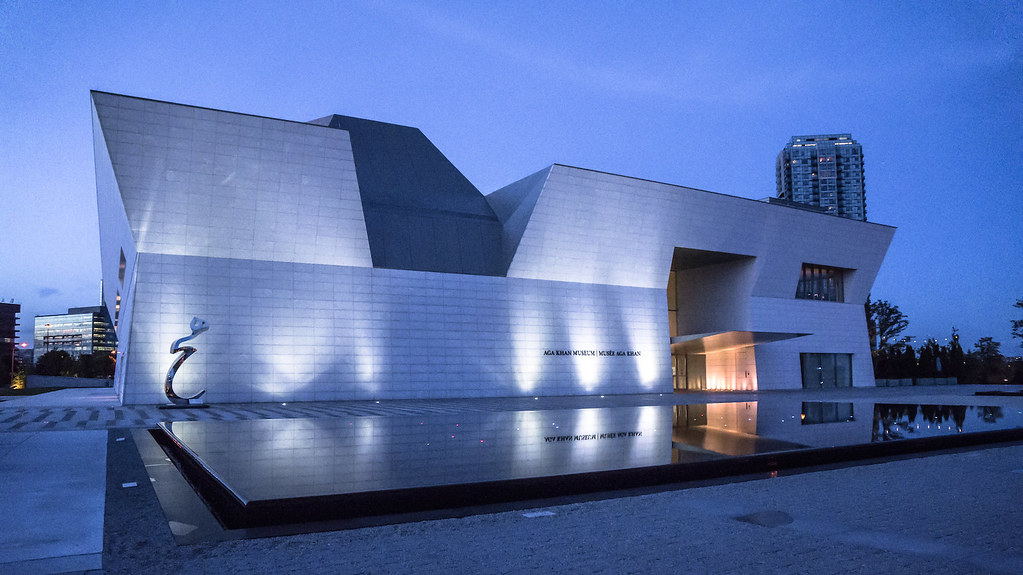 Museums by their definition should be a work of art. And it’s quite difficult to stand out in this environment, because competition is extremely high. However, Fumihiko Maki’s Aga Khan Museum succeeded!

The construction of the museum was completed in 2014. The building is deservedly considered to be white granite pearl of the DVP and Eglinton district, and such a successful solution helped the construction to get into the list of the most amazing architectural creations of the city. 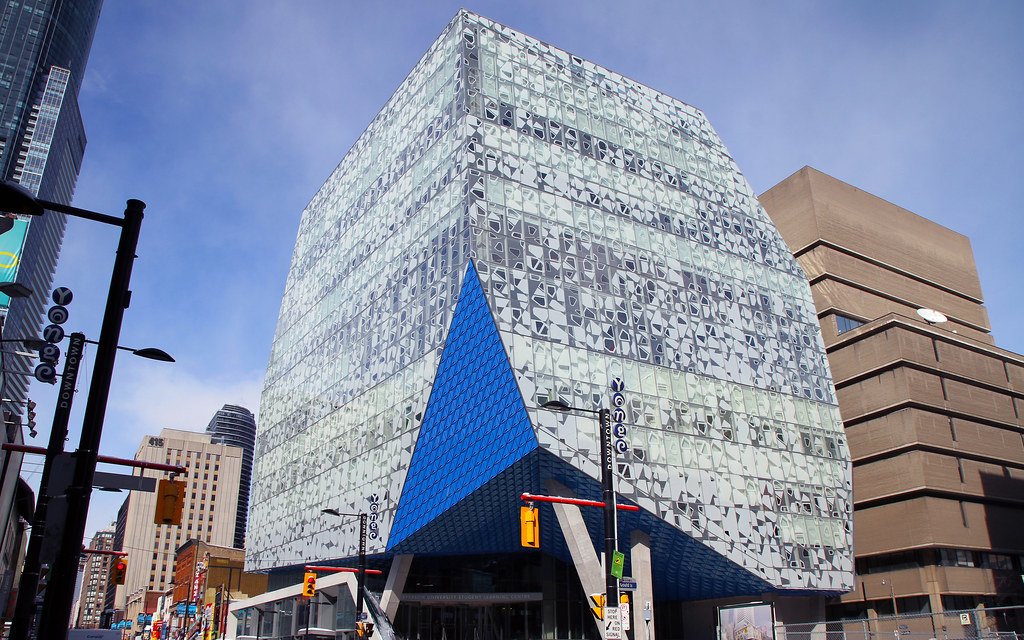 This work was designed in collaboration with Zeidler Partnership Architects and Snøhetta. This sparkling building has many highlights giving the center a special atmosphere.

This is a unique display of the common indoor beach, numerous green roofs, and incredible beauty of the facade. All these details are cleverly gathered together, presenting a unique entrance to the Ryerson campus. 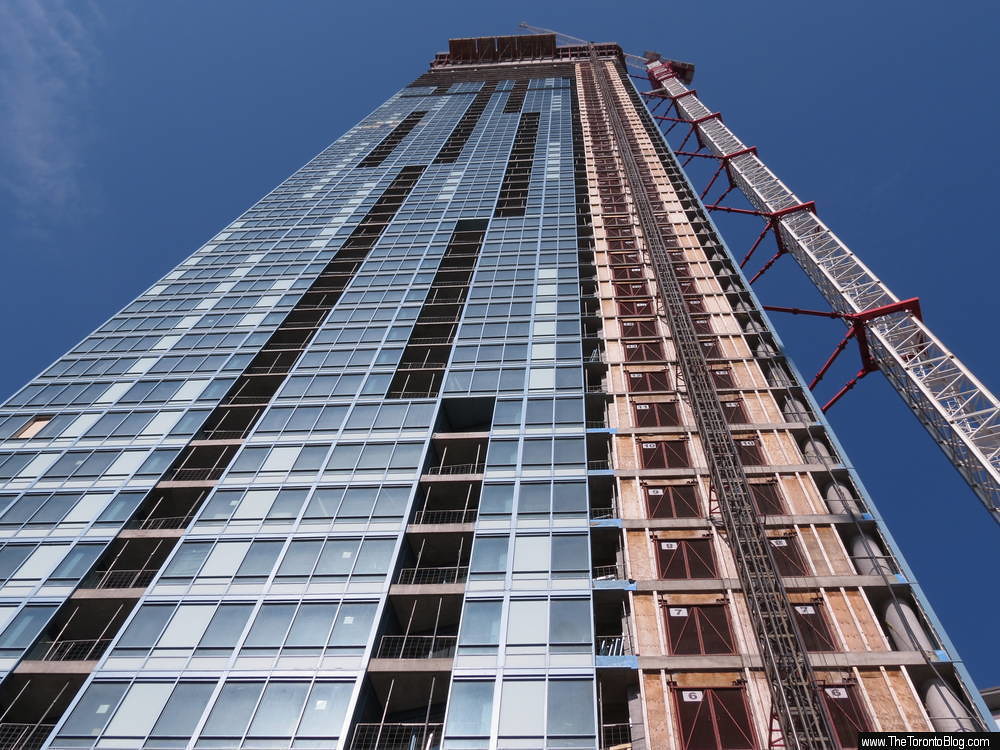 Toronto boasts of stunning panoramic views. It’s not surprising that many city tours include the most famous points of view, allowing you to admire this wonderful picture. And every year on the horizon of the city you’ll find more and more new buildings that adorn its panorama.

The L Tower from Daniel Libeskind is the next replenishment. And although the tower still requires some improvements, it has not only successfully blended into the overall picture of the city (especially from the best panoramic viewpoints), but also got to the list of Toronto’s favorite skyscrapers. Towering above the Sony Center, the upper floors of the tower look like a knife that cuts through the sky. 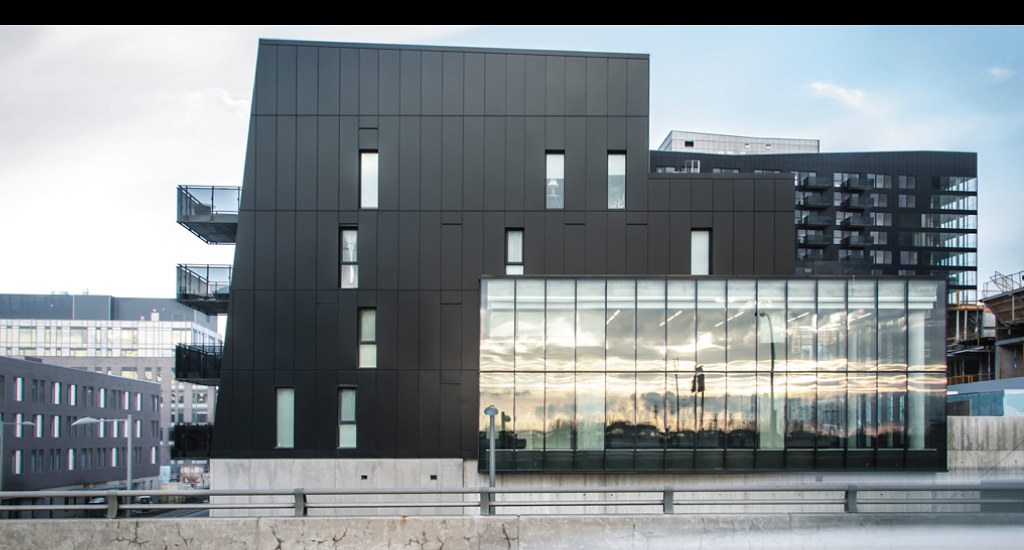 Who said that the condo is boring? The complex of River City has successfully proved that condominiums can be not only interesting, but very unique! Phase 2 is even more ambitious and bold than its predecessor.

This architectural creation was the result of the joint work of Saucier + Perrotte and ZAS Architects. It represents three glass towers, connected by separate corridors as a contrast to simple glass boxes. 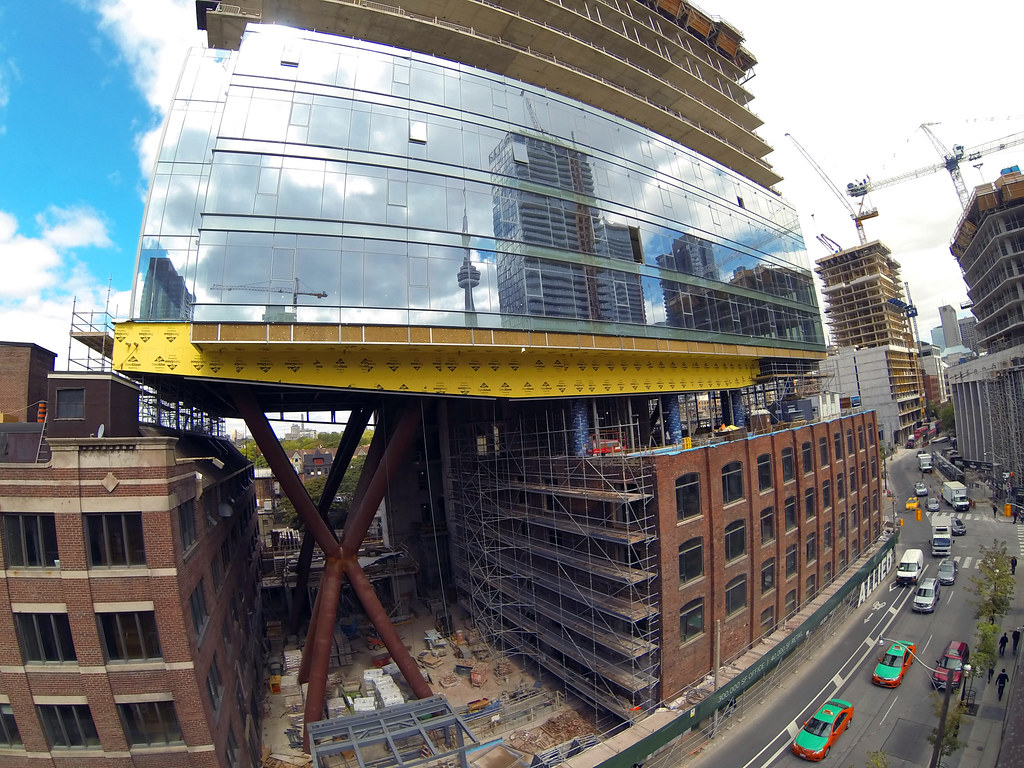 Sometimes, you only need to show a little creativity in order to bring a touch of modernity into the already familiar street with old buildings.

So, it happened with Queen Richmond Center from Sweeny & Co.’s. The idea to build a new construction on top of existing ones turned out to be original. This 70-feet-high atrium is placed on x-shaped frames directly above the existing buildings. Thus, the creators successfully combined the old with the new one. 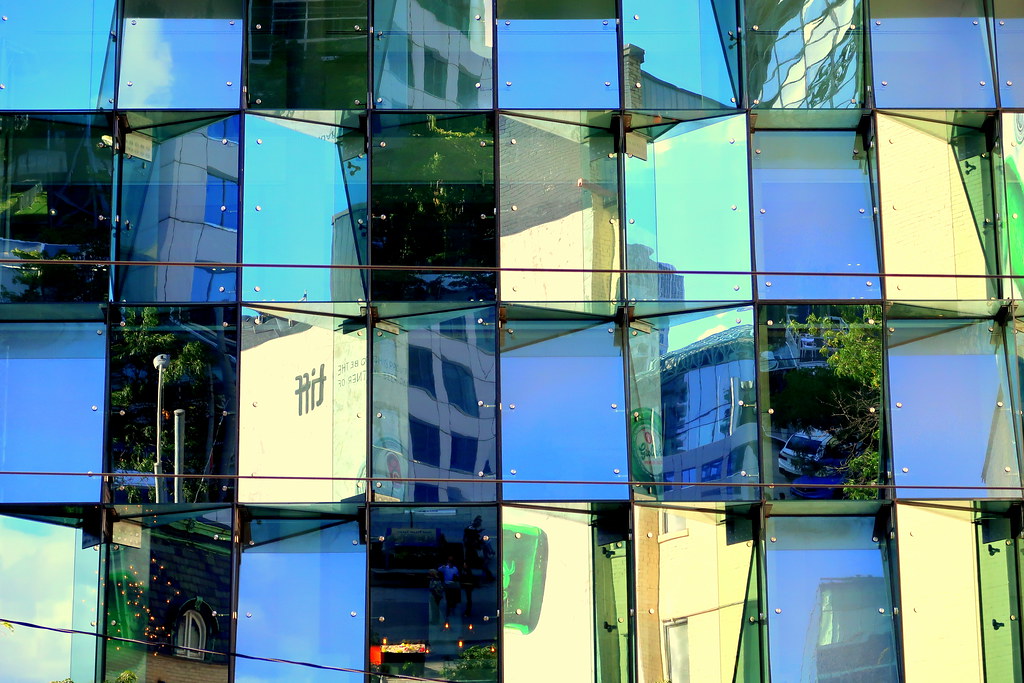 If passing by the building you suddenly stop to admire it (even if you are in a hurry), it can be a sign of successful work of architects.

Theater Park is a vivid example of this fact! An elegant condominium was created by the Architects Alliance, which showed their best sides. Now the building perfectly fits King St. and adorns the panorama of Toronto with its seemingly woven facade and narrow structure.

Libraries are a separate story in architecture, especially, in the modern one. It opens an unlimited number of opportunities for developers. However, when working on creating a library, it’s always necessary to remember that an overly modern direction can conflict with the filling of a building – its books, presented in editions of different eras and genres. In addition, the key element of libraries is always light.

LGA Architectural Partners managed to find the perfect solution by presenting the city with a wonderful building with a lot of wood elements and massive stained-glass windows. As a result, daylight illuminates the entire library. 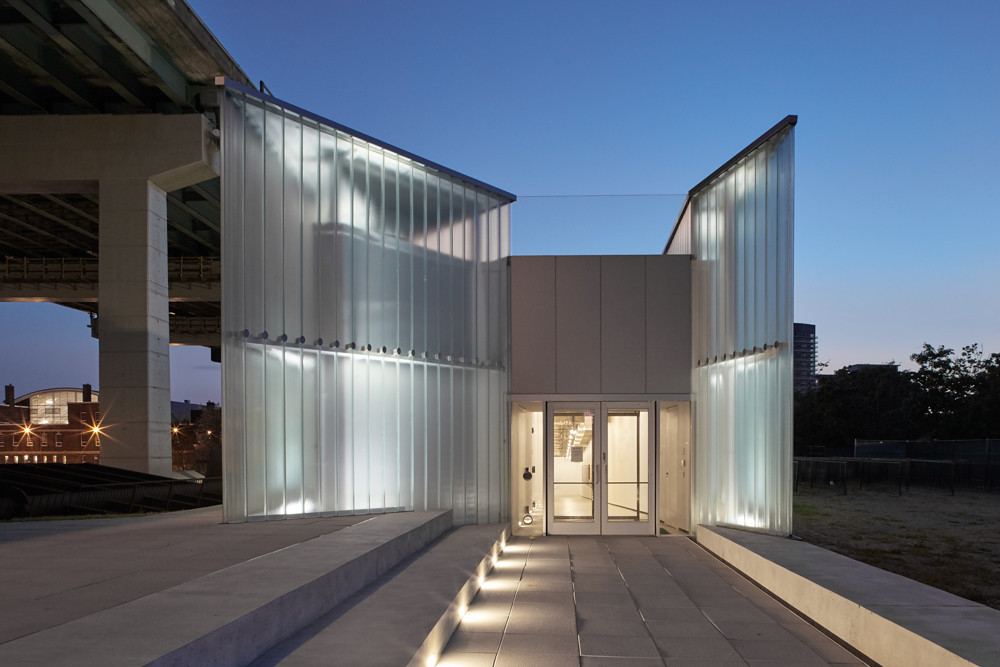 Meanwhile, not all buildings that deserve attention still get the sympathy of the townspeople. Fort York Visitor Center can remind you of a modern fort with steel panels, artificial moats and other original details, which, at the same time, don’t contrast with the surrounding historical buildings. In addition, the appearance of a pedestrian bridge should finally draw the attention of passers-by to this unique architectural creation. 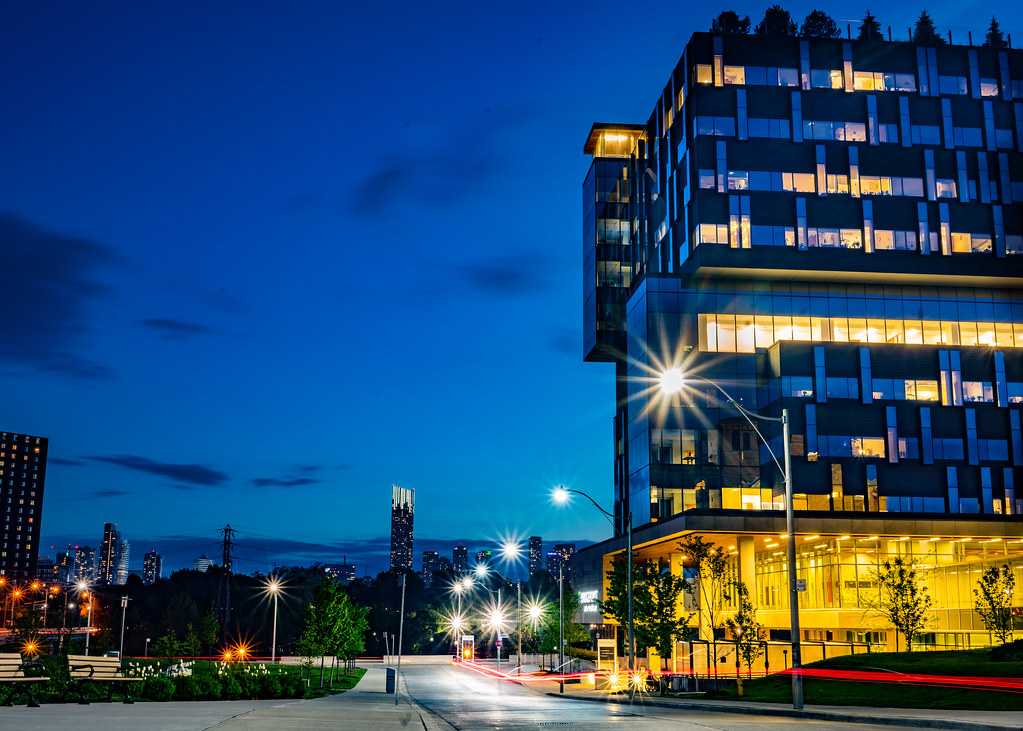 As you know, there are situations when you must demolish the old one in order to build something new. Bridgepoint Health Center created under the leadership of Diamond Schmitt Architects, was not built without such losses.

Previously, there was a beautiful medieval Riverdale Hospital, but it was destroyed for later construction. Meanwhile, the buildings of Don Jail remained untouched. In any case, the new construction boasts of a modern design and a stylish facade, which helped it to attract the attention of the locals.

Toronto is a fascinating city with modern design and stunning architecture. So, it deserves the attention of those who like unique buildings and interesting engineering constructions. If you’re among them, just rent a car in Toronto, and see these architectural masterpieces with your own eyes.