Dipeptides, Their Structure And Functions In Clinical Field 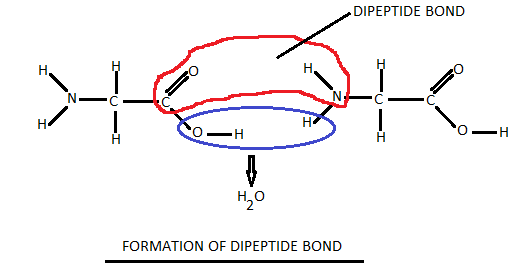 In the above figure you can see the peptide bond formed by two amino acids, hence reaction takes place in two amino acids thus bond formed is dipeptide. Entire process of synthesis of dipeptide accompany with the liberation of the water molecule. (-CONH) amide.

Dipeptides have varieties of functions these are the chemicals from which more derivatives can be prepared. More over some of the dipeptides are as such used in fermentation process. These have great range of applications in the field of food processing. Histidine is very effective dipeptide which play great role in performing major body functions. Dipeptides are used to cure the cardiovascular diseases like cardiac arrest. It has major role in curing the diabetes. Histidine also helps to cope with the metabolic syndromes.

Metabolic syndromes are accompanied with the hype in blood pressure, diabetic diseases and other disorders also. Some of the dipeptides simply prepared exhibit so many clinical functions.  These are helpful in relieving the pain. These are so many functions which are performed by the dipeptides. These have the wide range of the applications too. These are really very advantageous to perform varieties of functions. Dipeptides are very simple molecules, more over synthesis process of dipeptides.

It is widely used as the flavouring agent in many of the health products. It is used in the pharmacy companies to prepare the drugs in order to treat many health related problems. These drugs are cost effective and easily administered in oral way. These are really very advantageous to be used in the drug development and the drug designing. Dipeptides are effective anti-inflammatory drugs. Wide range of activities is seen in the protein synthesis and in fertility field. Thus these are proven to have wide range of functions in the clinical field, so these are largely synthesized in the laboratories to liberate the drugs of desired features.